When Shannon Speight and Emma Black crossed paths at an agricultural awards event in 2019, it wasn’t just the start of a beautiful friendship.

It was also the catalyst for Black Box Co, a ground-breaking software solution designed to help beef producers supercharge their operations by harnessing the vast amount of data generated in the cattle industry.

All paths lead to Black Box

With a combined 20 years on the land between them, Shannon and Emma took different paths towards their ultimate meeting of minds that would produce Black Box Co.

Originally from Mount Isa (Kalkadoon and Indjilandji Country) in North West Queensland, Shannon travelled the world with her mining industry parents before working as a jillaroo on a remote Northern Territory cattle property, and practising as a vet.

Meanwhile, Emma grew up on a property in Central Western Queensland, 140 kilometres northwest of Longreach (Iningai, Malintji and Kuunkari Country).

After heading off to boarding school, she studied livestock science and gained practical experience in a variety of roles, from working in abattoirs to helping pastoral producers manage their grazing land, and animal nutrition. 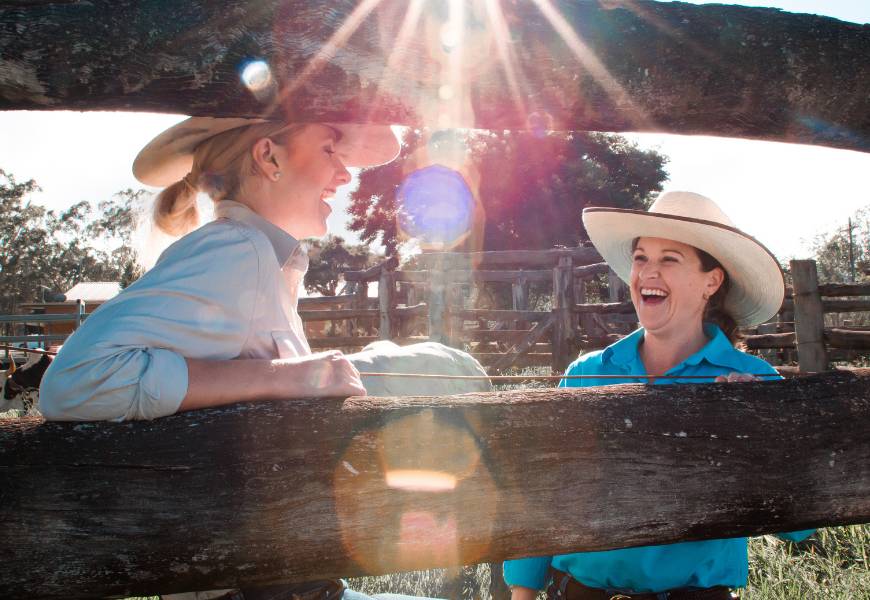 By the time they met at the Zanda McDonald Award, which recognises innovative young Australians working in primary industry, their shared passion and knowledge about the beef industry led them to agree: there had to be a better way to more effectively use the mountain of cattle data generated by pastoralists.

“There was this wealth of data ‘out there’ that producers had collected that was just sitting on their computers or on a USB that they were never able to find the time, or sometimes lacked the skills, to be able to do anything with,” says Shannon.

“We pretty quickly realised we were seeing similar issues right across the beef supply chain and we thought, ‘Someone needs to do something about this’,” says Emma.

The lightbulb moment for Shannon came while she was coordinating a large-scale genomics project for the University of Queensland, which focused on fertility tracking and developing a DNA test for cattle.

“The project saw me travel across Queensland, the Northern Territory and Western Australia and was one of the main points of inspiration for a business like Black Box to solve the issues that we have with data management in the beef industry.”

After 12 months of development during COVID-19, much of it spent collaborating remotely with a steadily growing team of specialists across the country, the result was a cloud-based software program that crunches raw production data generated along the entire beef supply chain.

“We’ve expanded to work with five pastoral companies; our database has gone from zero to more than 800,000 animals and they’ve got over 12 million data points,” says Emma.

“We’ve expanded to work with five pastoral companies; our database has gone from zero to more than 800,000 animals and they’ve got over 12 million data points.”
“We work agnostically, so we ingest data from multiple sources, link it together and run it through a number of proprietary algorithms to turn it into insights to allow all segments of the industry to make more informed genetic management and, ultimately, more profitable decisions.”

Just as exciting as developing the software has been the reaction of pastoralists when they see its true potential with their own eyes.

“One of the highlights for us is when we take a producer’s data, run it through our system and display it back to them in interactive digital dashboards on an iPad or laptop,” says Emma.

Shannon gives us a real-time demonstration amid a herd of inquisitive cattle on her own 160-hectare property at Ravenshoe (Jirrbal Country), about two hours from Cairns (Gimuy-walubarra yidi Country) in Far North Queensland. 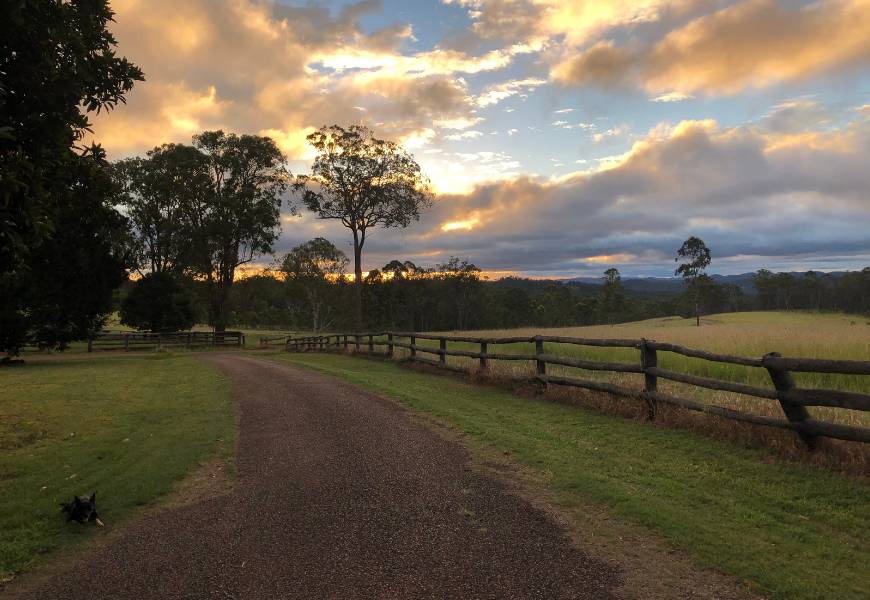 “Their faces light up because, all of a sudden, they’ve gone from using an Excel spreadsheet full of lines of data to a visual platform that allows them to easily identify trends over time, as well as look at current data and make informed decisions,” says Emma.

For an industry that has traditionally relied on a farmer’s own intuition when it comes to such decision making, Robert Hardie, Head of Segment for Agriculture at nbn, says a solution like Black Box Co promises to be a real game-changer.

“We see products like Black Box – which rely on fast internet* to enable producers to connect their data with what they’re seeing on the ground – to be critically important to the way the rest of the industry will grow in the future.”

Helping the industry they love to flourish is one of the reasons Shannon and Emma say they were so thrilled to recently win the Innovate with nbn™ Grants Program category for Agriculture and its associated $10,000 grant – a boost they say will allow them to improve the functionality of Black Box and take the first steps toward expanding overseas.

“It was fantastic news to win the Innovate [with nbn™] grant,” says Emma.

“Black Box Co is enabled by the nbn™ network to be available to producers to allow them to save time, make more informed decisions and boost their productivity.

Shannon and Emma will have a chance to share the benefits of Black Box Co with their target audience in person during Beef Week 2021.

A triennial event since 1988, #Beef21 is taking place in Queensland’s Rockhampton (Darumbal Country) from Sunday 2 May to Saturday 8 May. 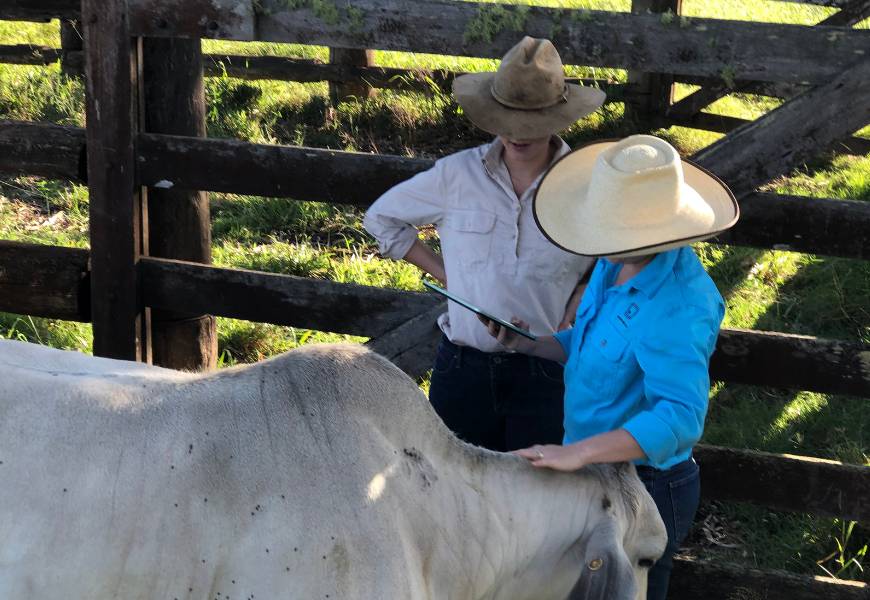 “The thing I like the most about Beef Week is celebrating this industry that we’re in, and getting a lot of people together to discuss new innovations, new ideas and see what’s happening in the industry,” says Shannon.

“It’s the ‘Olympics’ of the beef industry and a golden opportunity to spread the word about Black Box, so we are very excited to be there and see everyone.”

Read more about Beef Week 2021 and the ‘Tech Yards Talks presented by nbn’.
Discover how Innovate with nbn™ winner, Jason Davis, is helping Indigenous Australians stay connected to their culture and identity with help from connectivity.
* nbn is very happy with Black Box Co’s experience with the nbn™. Of course, end customer experiences may vary. Your experience, including the speeds actually achieved over the nbn™ network, depends on the nbn™ access network technology and configuration over which services are delivered to your premises, whether you are using the internet during the busy period, and some factors outside nbn’s control (like your equipment quality, software, broadband plan, signal reception and how your service provider designs its network). Speeds may also be impacted by the number of concurrent users on the nbn™ Fixed Wireless network, including during busy periods. Satellite end customers may also experience latency.