Towards the north-eastern edge of Darwin, in Australia’s Top End, you’ll find Leanyer Primary School. Founded in 1983, the school quickly blossomed, growing across its expansive space to now house 530 students. It’s a diverse population, too, with 34 different home languages found throughout its grades.

The school nominates achievement, curiosity, respect and cooperation as its core values, and it was these touchstones that likely helped the school to recently take out the top prize in the NBN Co STEM+X Initiative. (‘STEM’ is short for science, technology, engineering and mathematics, while ‘+X’ refers to applying STEM disciplines to students’ personal interests.)

The initiative was born from a desire to help the next generation of Australians connect with future technology. It’s estimated that one in two Australians will need online programming and digital technology skills by 2030, so it’s essential for students to be prepared for what the future may hold to be competitive in the workforce.

As the company helping to drive Australia towards this future through the rollout of the nbn™ broadband access network, NBN Co has taken an active role in helping students ‘level up’ their skills in STEM-related disciplines.

These disciplines are anticipated to be the cornerstones of future employment and, while the concept has been around for a while, it’s only recently that it’s evolved into an organic part of the overall learning process. 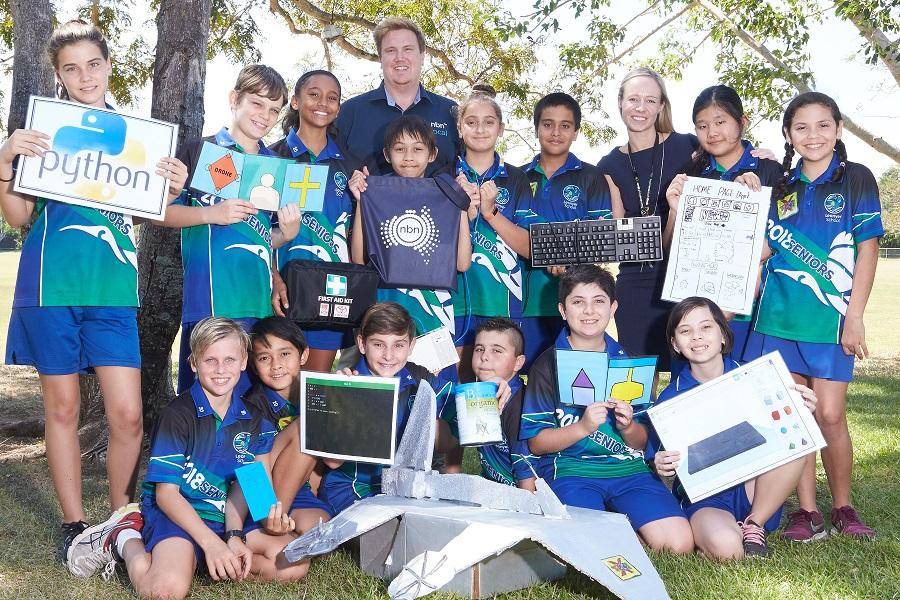 Collaborating with the Australian Business and Community Network on the initiative, the concept of STEM+X allowed students to explore within the bounds of their own individual passions and hobbies (the ‘X’ factor).

With the nbn™ access network helping to bring access to fast broadband across Australia, NBN Co is in a great position to help ensure students can connect to the latest in STEM-related education opportunities.

Eight schools identified as ‘high-need’ enrolled to participate in the five-month experience, which included hands-on workshops and culminated in the nbn™ Futurists’ Fair. The fair tasked the student teams with developing an idea to help brighten the country or their community’s future by attempting to solve real-life challenges.

Each school submitted their STEM ideas to the judging panel, which included Brett Stanford and Scott Gaunson from popular YouTube channel How Ridiculous. 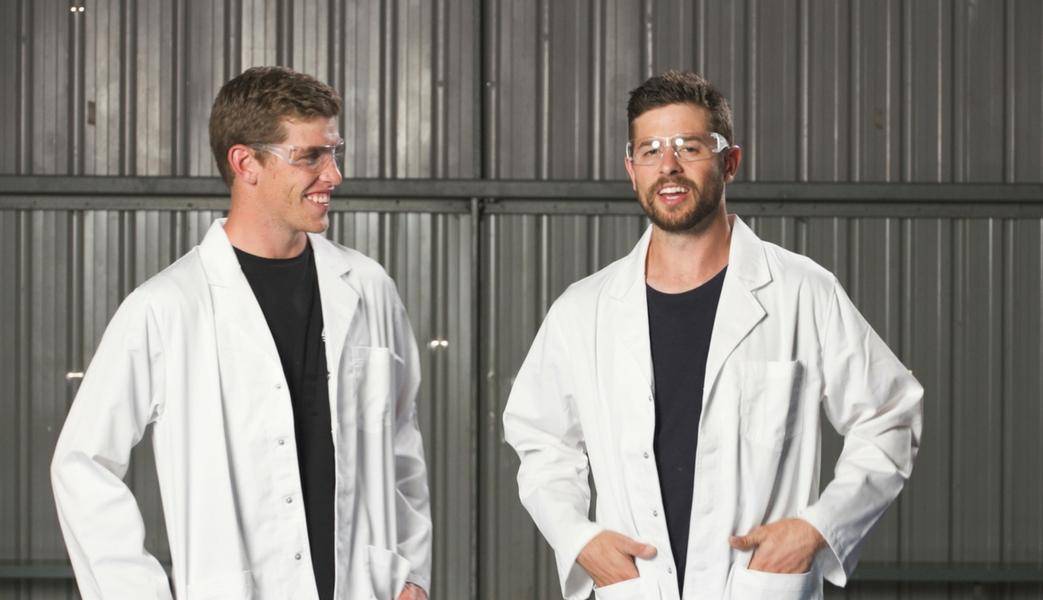 The guys from How Ridiculous.

It was Darwin’s Leanyer Primary School that really wowed the judges.

A topical idea, the students focused on issues caused by climate change and the resultant natural disasters happening more regularly and with greater impact. In a land as big as Australia, connecting disaster-affected areas to the help they desperately need must be efficient and effective.

The Leanyer students came up with the idea to use an app to directly link individuals in these affected areas with drones that can deliver emergency supplies. They also came up with the concept of a solar-powered phone case that can charge devices in the event of electricity loss.

“From cyclones to bushfires, Australia is no stranger to weather-related disasters. Leanyer Primary really impressed the judges with an idea that could benefit their community, as well as others across the country that are vulnerable to Australia’s wild weather.”


As part of its prize, Leanyer Primary School enjoyed a special school visit from How Ridiculous for a day of STEM-filled fun: 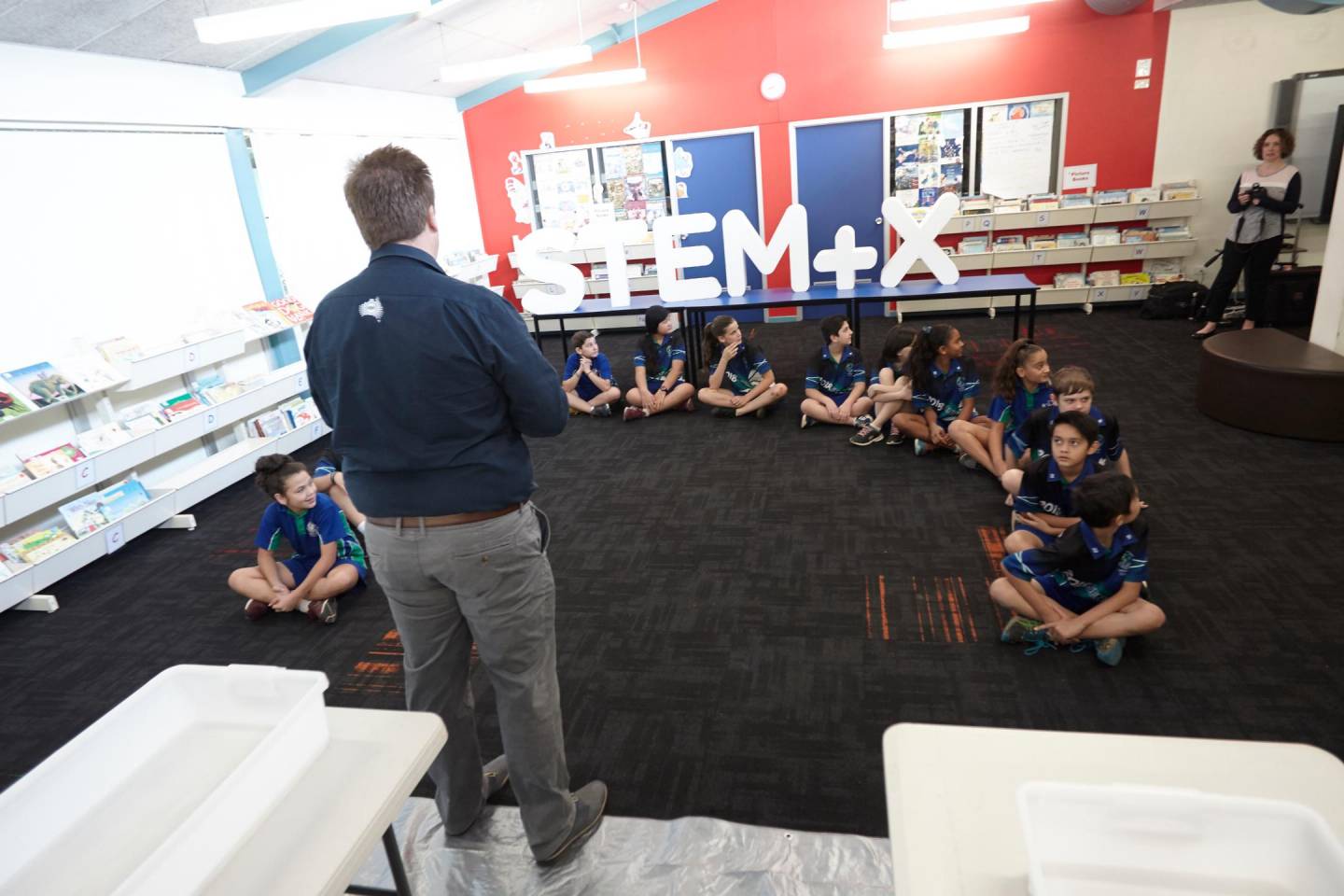 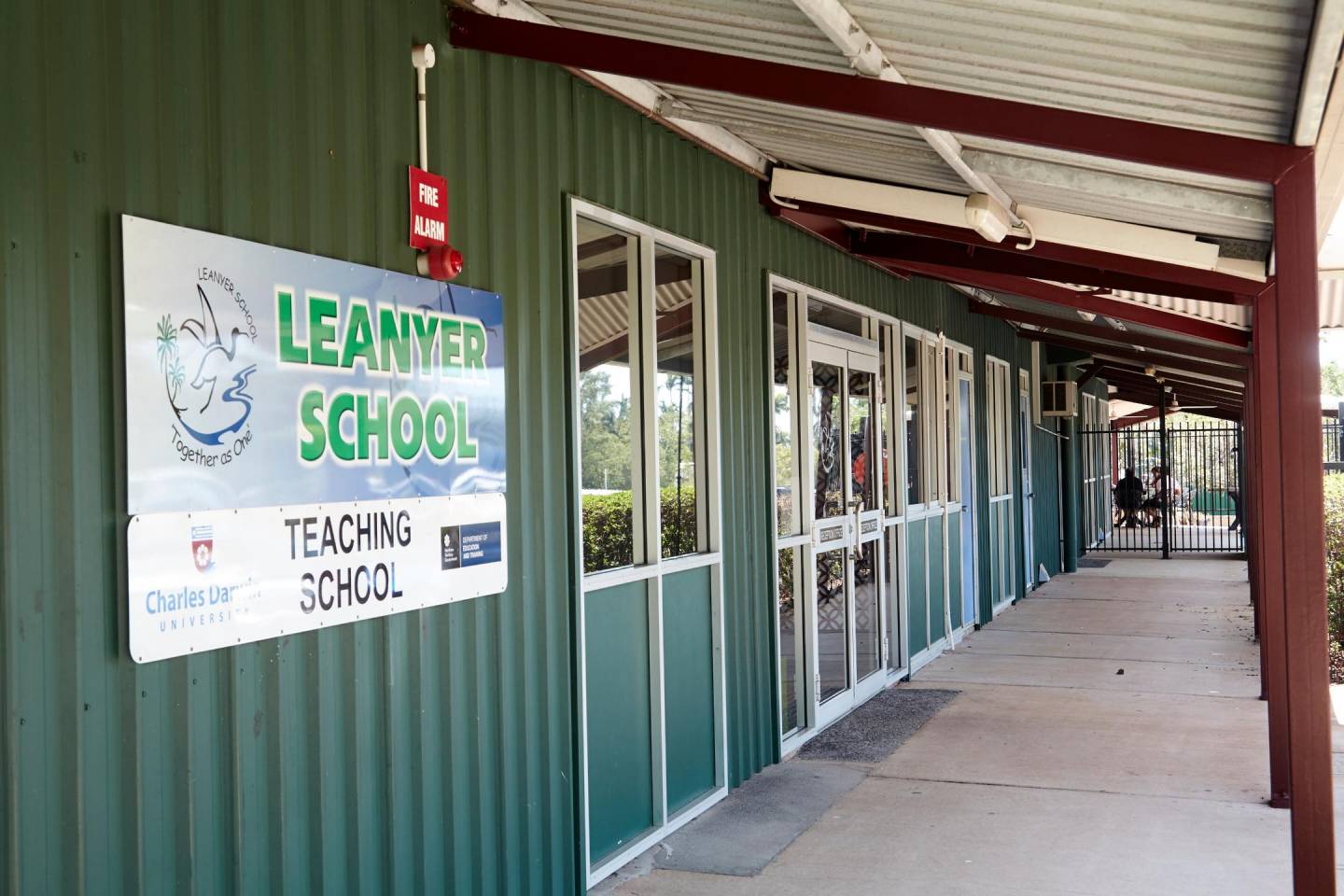 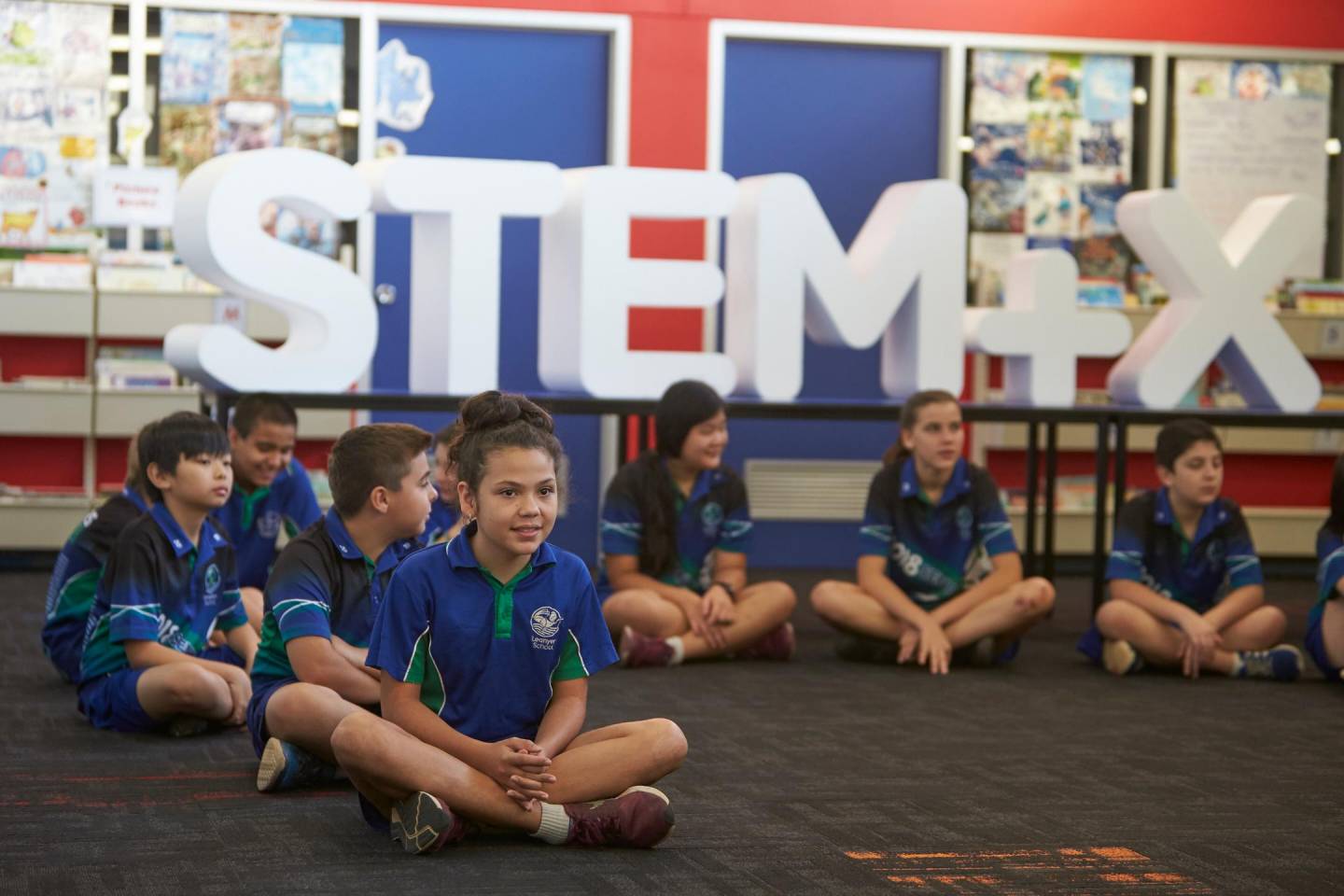 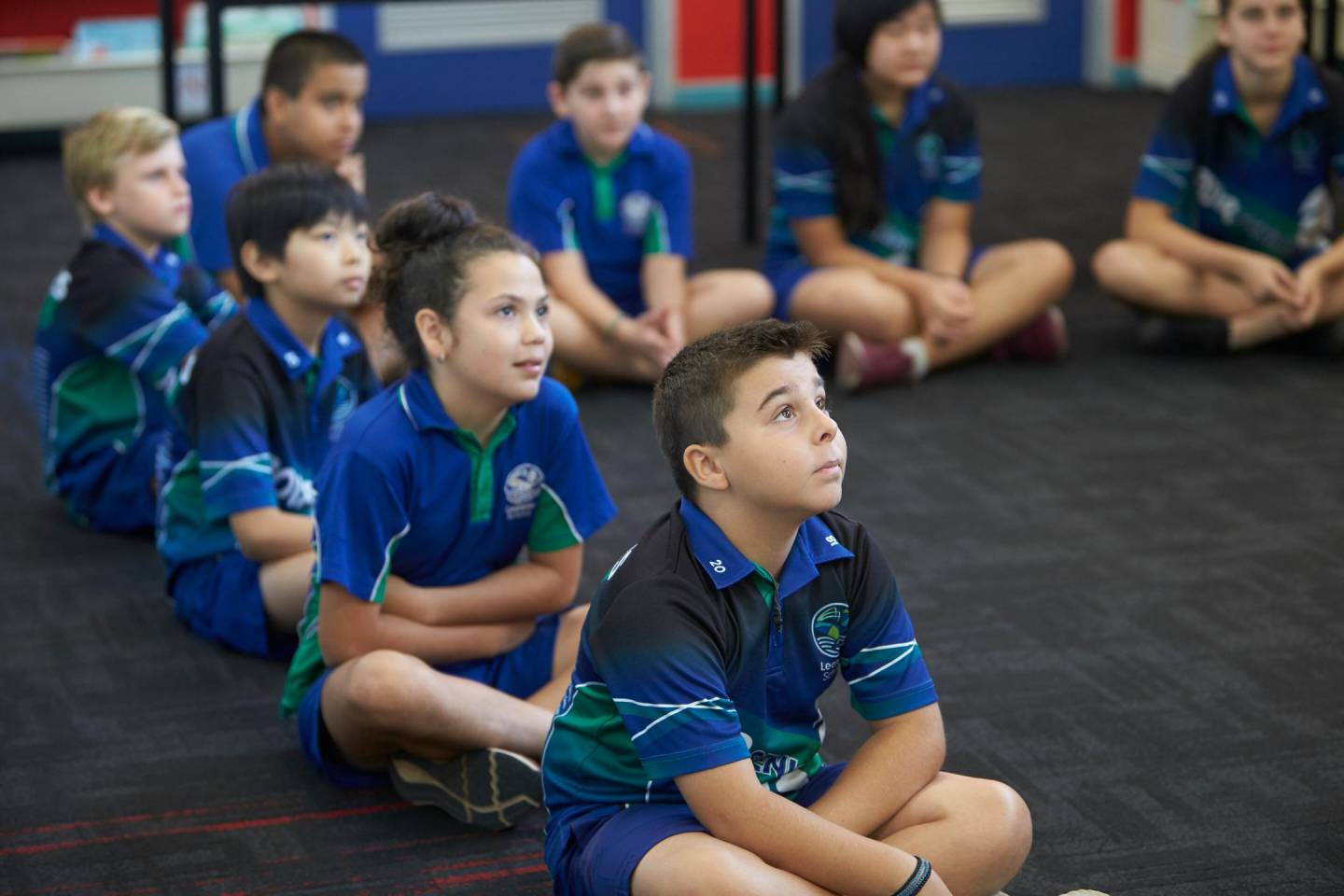 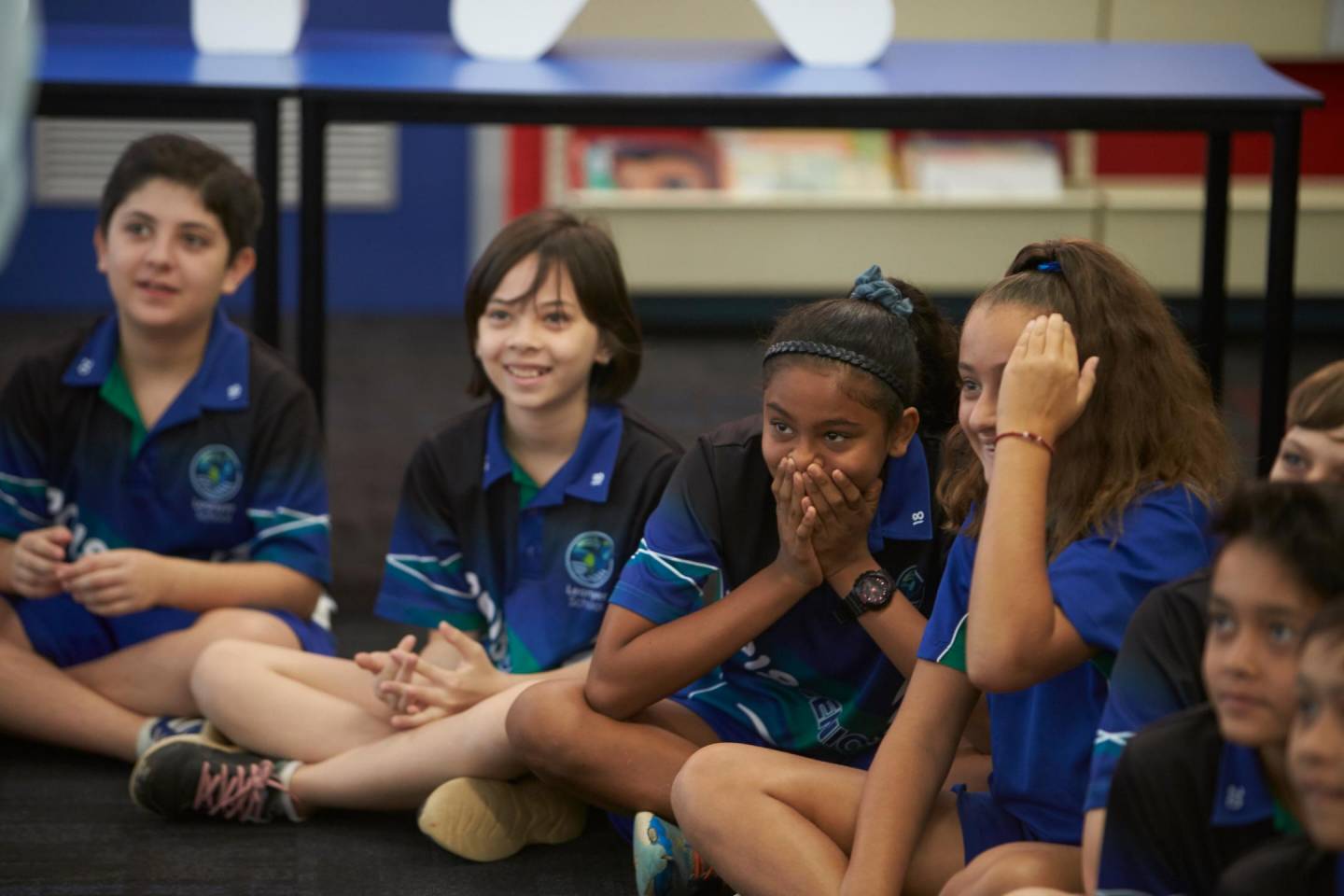 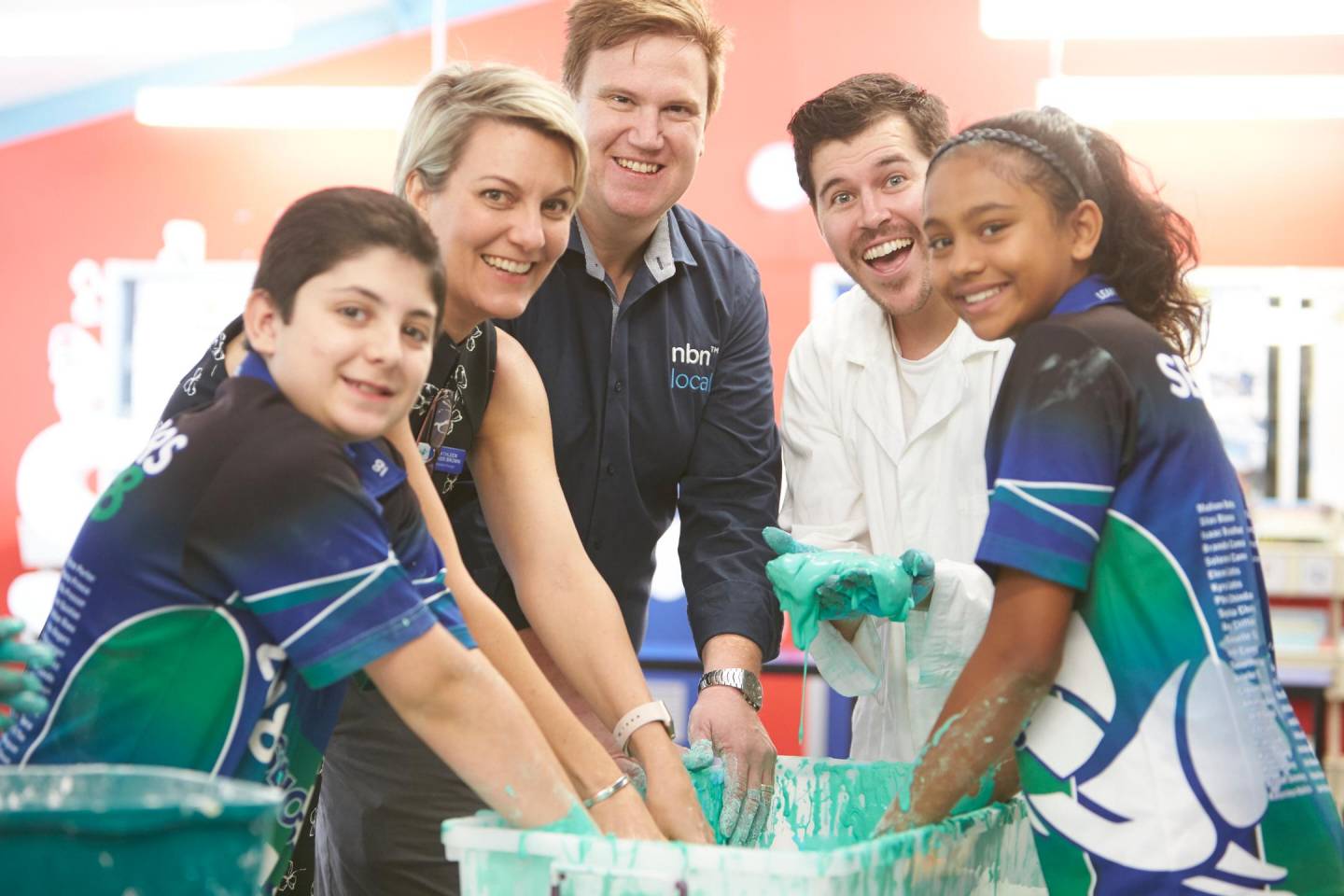 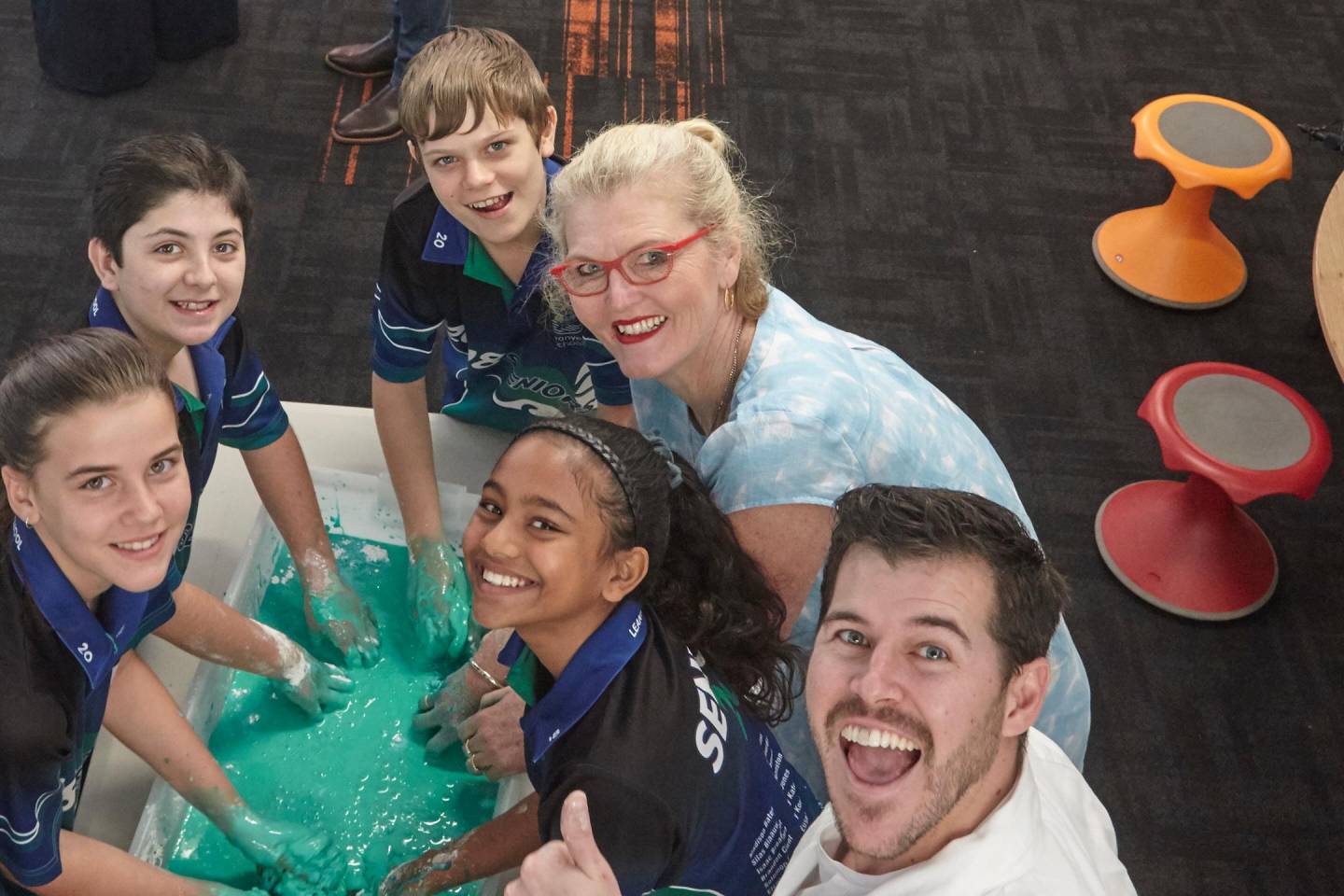 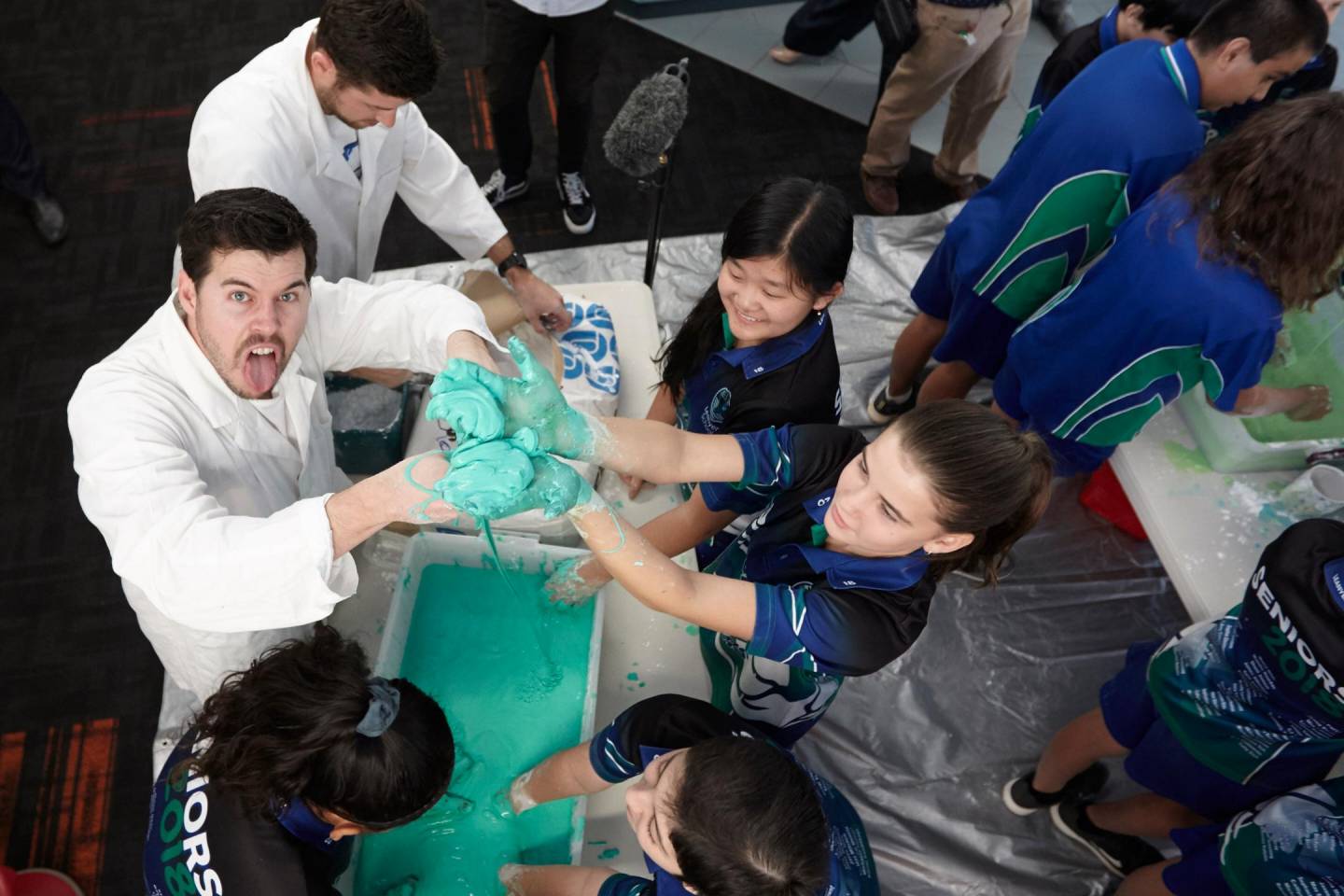 Leanyer Primary School’s Principal Leah Crockford was not only excited about the victory but is also thrilled with the impact the initiative has had on her students’ interest in STEM.

“We were thrilled to represent the Territory and take out the top spot in the NBN Co STEM+X Initiative. We have seen a huge lift in engagement and zest for STEM from students who participated. The critical thinking and creative learning skills that they’ve learnt will be invaluable to their future careers.” 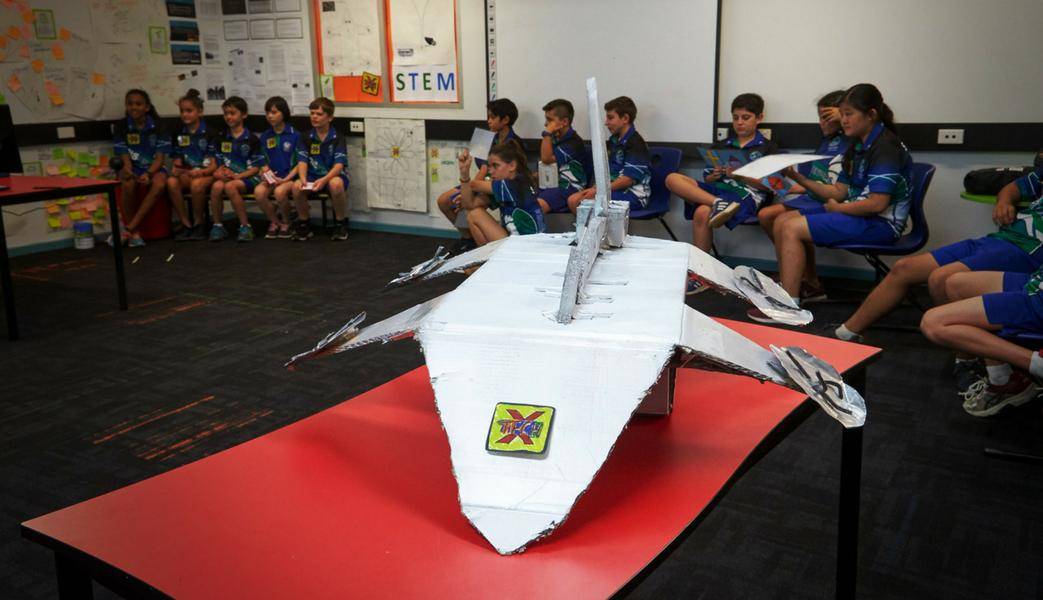 It wasn’t just Leanyer Primary School that came up with a bright idea; the other seven participating schools did, too.

Following the winner’s announcement, Dyer was positive about the initiative’s results.

“We were pleased to see the positive impact the NBN Co STEM+X Initiative had on all participating students’ knowledge and perception towards STEM skills. These subjects are critical to the jobs of tomorrow’s workforce, so it is important we encourage take-up and interest in these subjects by Australian students for their future success.

“The nbn™ access network plays a fundamental role in providing the infrastructure to help open up a world of learning opportunities online, whether it is gaining access to the internet for the first time, being able to participate in online courses and long-distance education or benefiting from the increased employment opportunities of a remote workforce.*”

Read more about the initiative's results, including the NBN Co STEM+X Initiative Report.
*Your experience, including the speeds actually achieved over the nbn™ network, depends on the nbn™ access network technology and configuration over which services are delivered to your premises, whether you are using the internet during the busy period, and some factors outside our control (like your equipment quality, software, broadband plans, signal reception and how your service provider designs its network). Speeds may be impacted by network congestion on nbn’s Fixed Wireless network, including during busy periods. Satellite users may experience latency.