Skip to main content
Related Articles
How much data does streaming video, movies and TV use? (2018 edition) How much data does the Internet of Things consume? Is your wi-fi router too old? Some quick things to check

How much data does music streaming use? (2018 edition)

This is quite possibly a necessary practice, due to a mix of using different codecs and various audio bitrates, where larger numbers can sometimes erroneously be associated with better quality.

Thankfully, music streaming providers are more willing to talk about the audio bitrates, which means, with a bit of maths, we can determine a rough idea of data usage in practical scenarios for the major services in Australia. 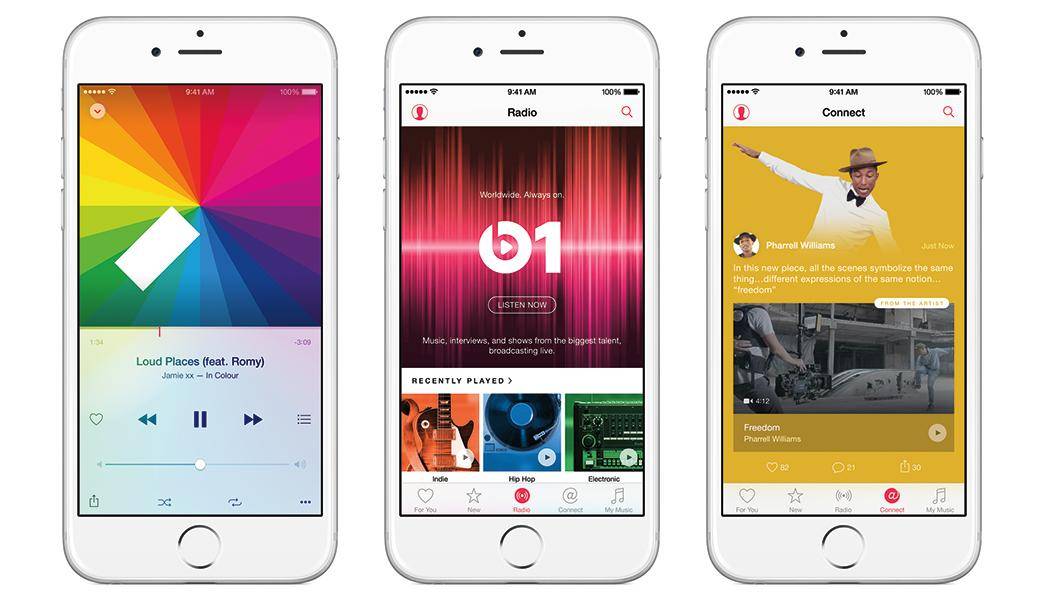 Tracks downloaded from the iTunes Store and Apple Music are both offered in 256kbps bitrate, using the Advanced Audio Coding (AAC) codec.

This means that an hour of 256kbps music streaming of Apple Music would use up approximately 115MB.

To use up one gigabyte of data, you’d have to listen to approximately 8.5 hours of Apple Music.

There’s an option for lower bitrate playback on mobile devices, but these lower bitrates have not been disclosed. 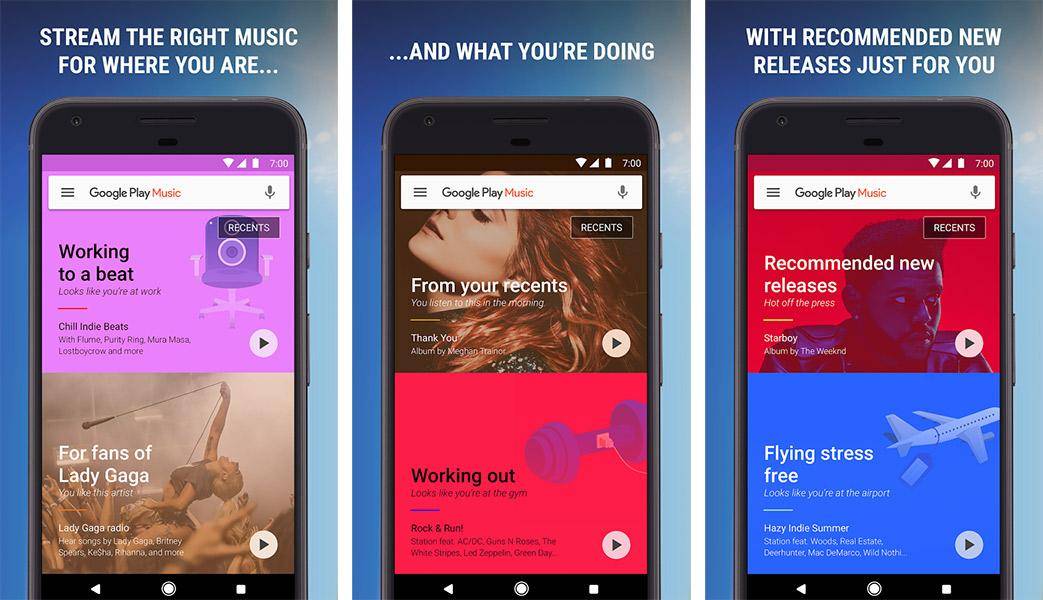 The bitrate associated with these categories may vary based on available bandwidth but, in basic terms, ‘Low’ ranges from 96kbps to 128kbps, ‘Normal’ extends up to 256kbps, and ‘High’ reaches up to 320kbps.

Extending these numbers out, an hour of music streaming on Low quality could use between 43MB and 58MB.

The ‘Normal’ quality setting on Google Play Music is the same as Apple Music in terms of data usage, and weighs in at roughly 115MB per hour, if you take the given bitrate as a base.

To listen to one gigabyte of streamed music on Google Play Music, then, you’d have to listen to roughly 17 to 23 hours on Low, around 8.5 hours on Normal, and just shy of approximately seven hours on High.

Also, by signing up to YouTube Red, you automatically get a Google Play Music subscription thrown in.

While YouTube isn’t forthcoming with the exact bitrates that are used, online research suggests that Medium audio plays at either 64kbps (mono), 128kbps (stereo), or 196kbps (5.1 audio).

One gigabyte of data on YouTube Red’s Medium-quality audio-only setting would be used up in around 34.5 hours (mono), about 17 hours (stereo), and roughly 11 hours (5.1), respectively.

One gigabyte of data on YouTube Red’s HD-quality audio-only setting would be used up in approximately 17 hours (mono), close to six hours (stereo), and just over four hours (5.1), respectively. 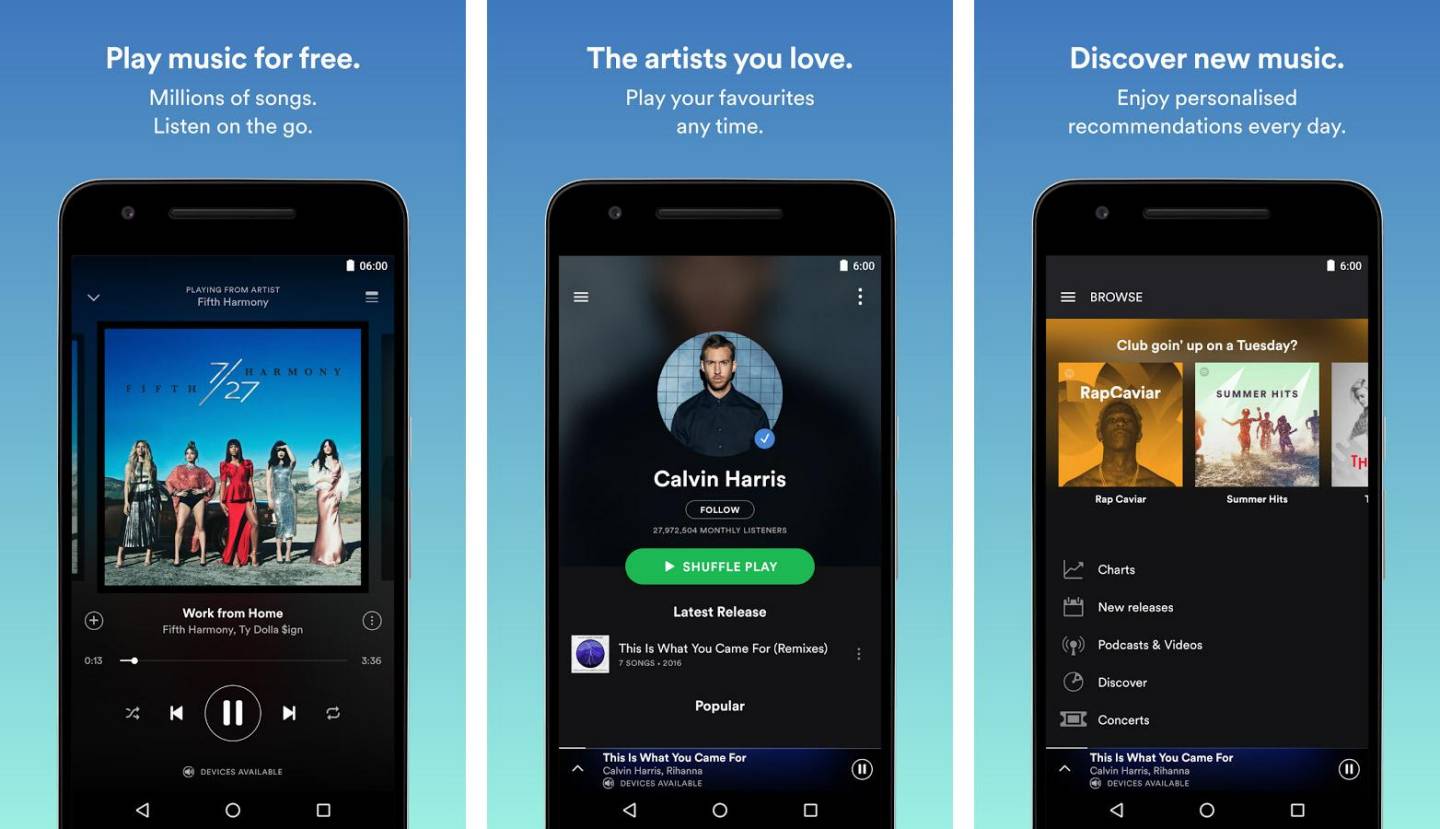 Depending on the device you’re streaming Spotify music to, and your type of account, bitrate quality is offered from as low as 96kbps up to 320kbps.

It’s worth noting that the Spotify web player and Chromecast app support 128kbps for “standard quality” music streaming, and up to 256kbps for Premium users.

Here’s the breakdown of megabytes (MB) per hour of streaming music on Spotify, if you take Spotify’s bitrates as a starting point:

In order to use one gigabyte of data on Spotify, you’d have to listen to 23 hours on Normal, or 17 hours on the “standard quality” setting on the web player or via the Chromecast app.

High would take around 14 hours to use a gigabyte of data, and just short of seven hours on Extreme.

Premium users on Spotify or the Chromecast app could listen to around 8.5 hours before using one gigabyte of data. 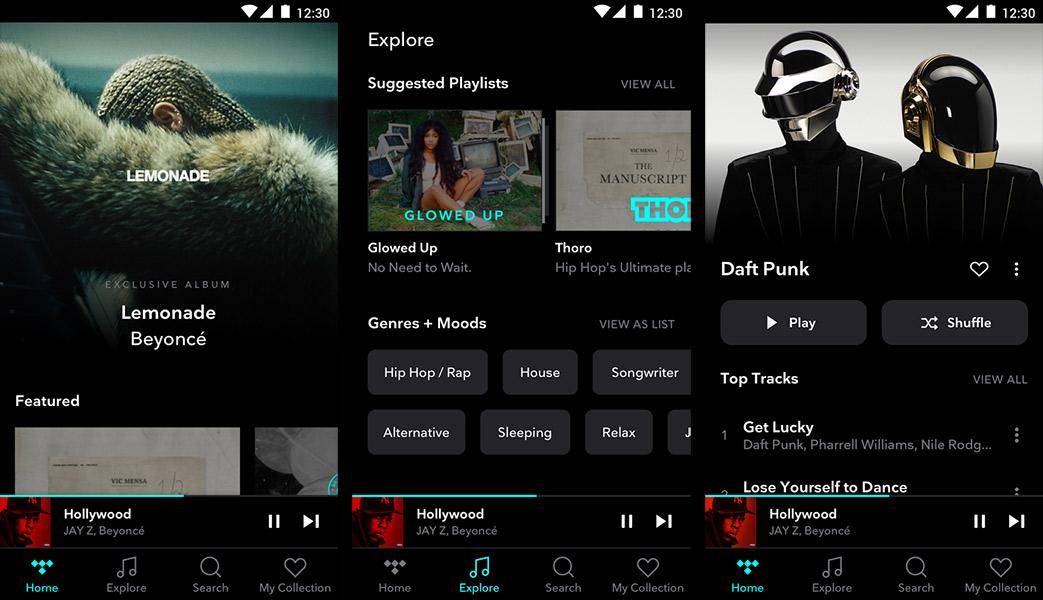 The point of difference for Tidal’s music streaming service is the upper-end streaming option that’s targeted at audiophiles.

This means that the Premium Tidal service could use up to 144MB per hour.

This service could use up one gigabyte of data in just under seven hours.

Tidal’s HiFi service uses approximately 635MB per hour of streamed music, and could go through one gigabyte of data in an hour and a half. 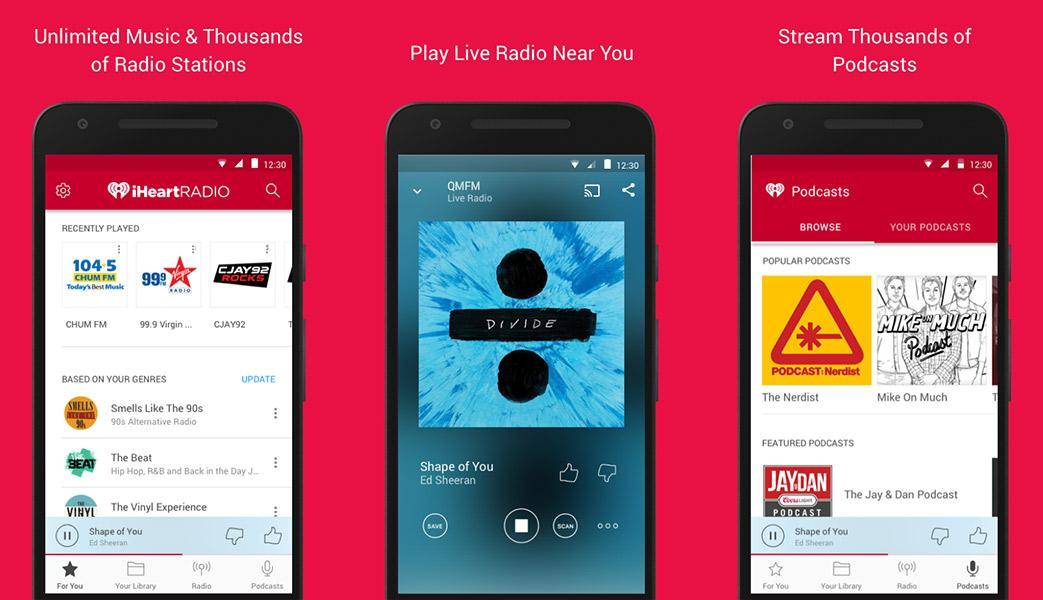 This means iHeartRadio would use approximately 58MB per hour, and it could take just over 17 hours of playback to use up one gigabyte of data. 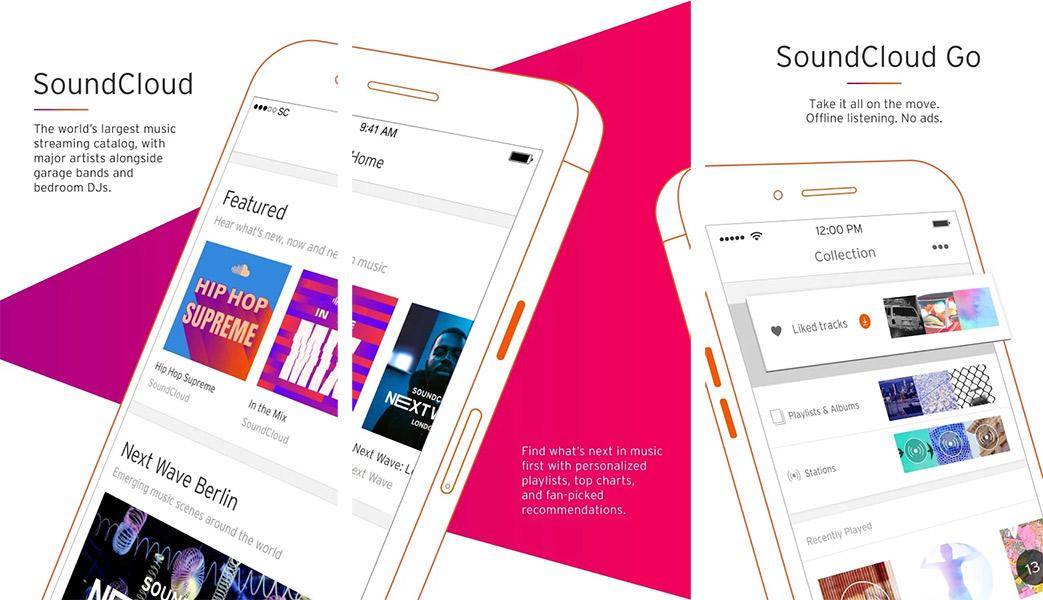 When users and artists upload music to SoundCloud, it’s automatically converted to 128kbps MP3 format, regardless of the codec or compression of the original file.

Like iHeartRadio, this means that SoundCloud uses roughly 58MB per hour, and it would take around 17 hours of streaming music to use up one gigabyte of data. 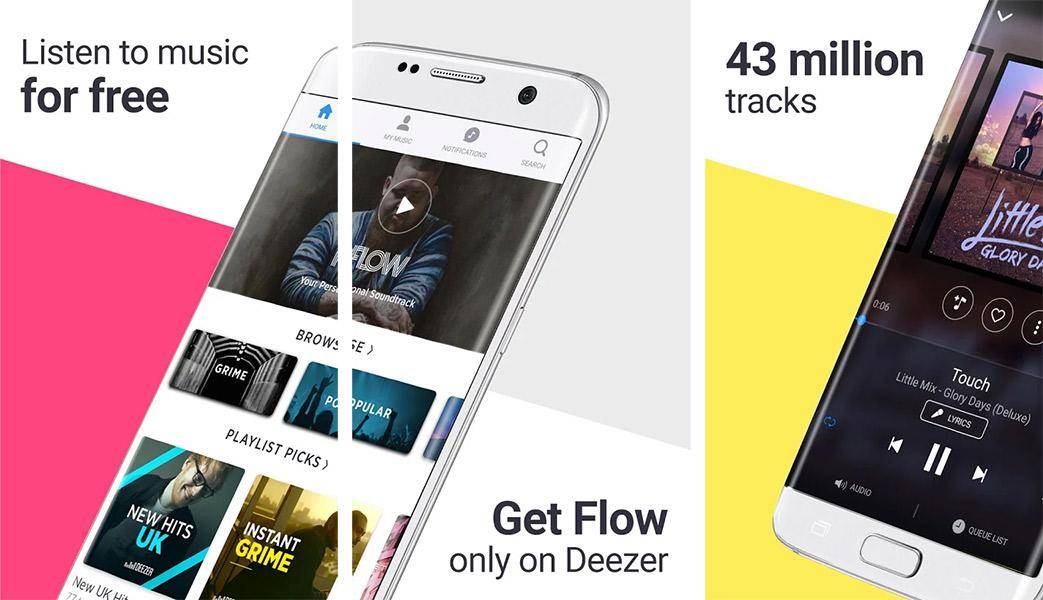 Though its local offices have been closed, you can still access the Deezer music streaming service in Australia.

‘Balanced’ automatically boosts Wi-Fi playback to 320kbps, which is the same bitrate as ‘Enhanced’.

These two quality presets use around 144MB per hour of streamed music.

‘Custom’ drops audio playback to 64kbps, and uses around 29MB per hour of music playback.

To use one gigabyte of data on Deezer, it would take roughly more than 34 hours of streaming on ‘Custom’, approximately 17 hours on ‘Compact’, and close to seven hours on ‘Balanced’ and ‘Enhanced’.

How much monthly data do I need? 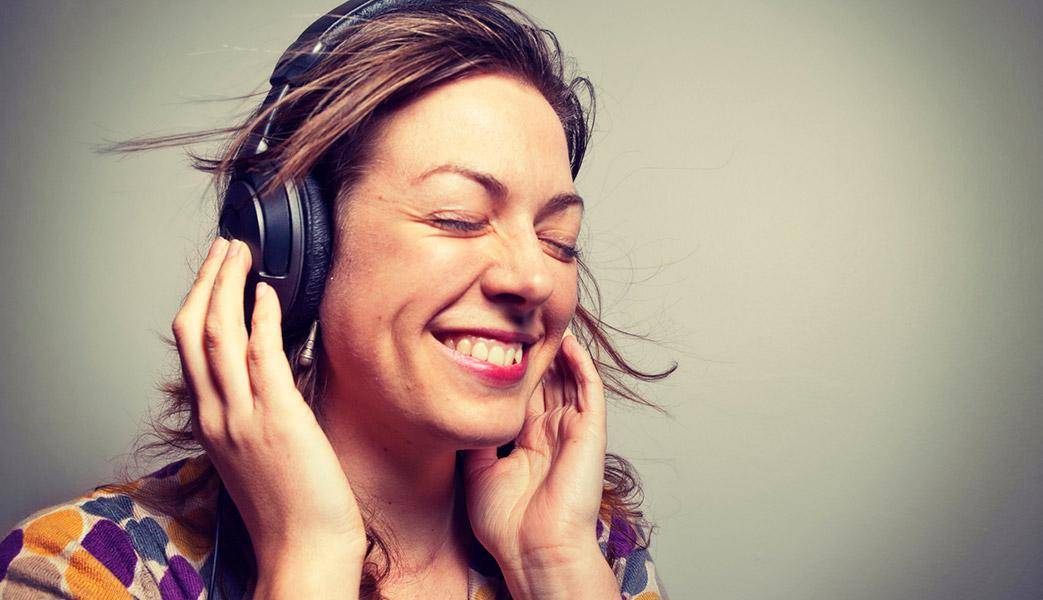 In terms of streaming music in your home, the monthly data requirement will vary depending on which services you use and how frequently you stream music.

Even at the highest possible streaming quality, it’ll take roughly 8.5 hours of Apple Music streaming to use one gigabyte of data, and around seven hours apiece for Spotify and Google Play Music.

That’s a lot of tunes for a gigabyte of data.

Pushed to the highest quality, our YouTube Red estimates suggest only four hours per gigabyte of streamed audio, and with Tidal you’ll definitely want to consider the 1.5-hours-per-gigabyte for 1411kbps streaming.

On the other end of the spectrum, fixed-bitrate music streaming services like SoundCloud and iHeartRadio offer up to around 17 hours of playback per gigabyte of data.

Where you fall on the audio-quality scale – either happy with radio-quality bitrate or a fidelity-loving audiophile – will determine your household data needs for streaming music.