Skip to main content
Related Articles
How much data does gaming use? A handful of popular examples Online gaming: The real-time illusion of client-side prediction Tidying up that cable clutter: A few tips and tricks Is your wi-fi router too old? Some quick things to check

How multiplayer gaming has changed: Then and now

It’s near unthinkable for a modern day video game to not be connected online in some way or another, but it wasn’t that long ago this was the exception, not the rule.

If you’re old enough, you will remember the first time you played a video game against another human online. Why? Because it was incredible.

After spending countless hours battling your way past opponents controlled by a rudimentary, scripted artificial intelligence, online multiplayer changed everything.

The opponent on the other side didn’t think and move like a machine. It wasn’t predictable.

Like finding life on Mars, suddenly you were not alone. And with that came endless possibility, and replayability.

Multiplayer gaming is nothing new. Titles like Pong, which Atari released in 1972, allowed two players to battle against each other on the same screen, but the requirement of being in the same room and on the same computer as your friends only really began to evaporate in the early nineties.

In the roughly 25 years since, what started as a cool alternate mode available to a select lucky few, has become a persistent, core component to a huge number of major game titles, on consoles to handhelds and PCs to mobiles.

Some of us are even now playing games together in virtual reality! 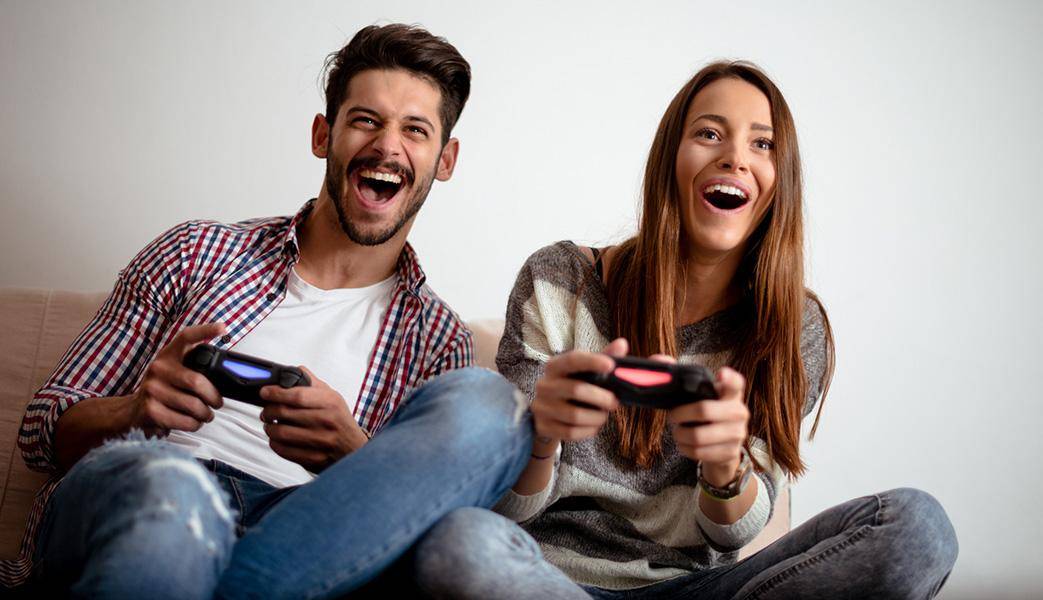 Then: When the Internet first started to appear in the homes of Australians, it was often in the form of 14.4K modems.

These devices used your telephone line to connect to the internet, but the modems could also connect to each other directly.

If you could give your friend your IP address, they could “dial” it, creating a peer-to-peer connection between your two computers. This is how you could play early online success stories like Doom and Duke Nukem 3D.

However, it was complicated, unreliable and messy. At the time, internet speeds ensured only a couple of players could connect at any one time.

Now: As soon as we turn on our device, we’re usually online. High speed internet has us so connected we’re instantly informed of what our friends are doing and playing, and offered the chance to jump straight into their game world to join in the fun.

The concept of drop-in, drop-out play is exactly that; with people able to jump into and out of other players’ game worlds without either party having to press a button. It’s so pervasive you often need to actively turn it off if you want to play solo. And it’s available to every format, not just PCs. 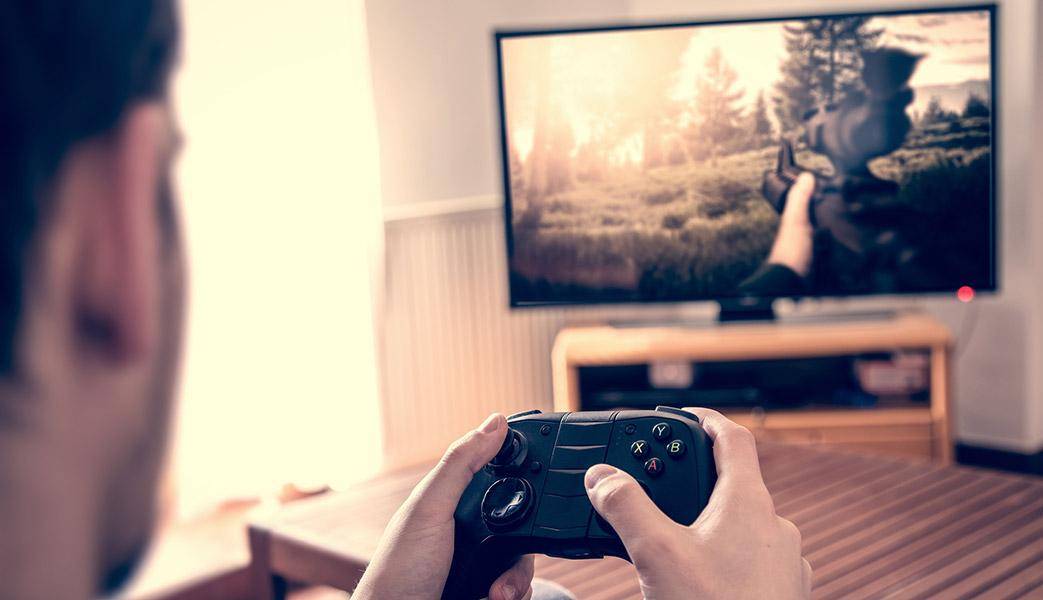 Then: As video games became more sophisticated and developers began creating new solutions for connecting to the internet, peer-to-peer play transitioned to servers.

These allowed you to play games like Quake, Diablo and X-Wing vs. TIE-Fighter against substantially more players and with greater stability by having you all connect to a single computer simultaneously.

That computer – the server – had an IP address. At first, finding out that IP address was a pain, but soon websites and third-party software began to appear that would list all the available servers for a game to help you connect.

Sadly, rudimentary netcoding in early games meant speeds could quickly be derailed by players from remote areas or abroad connecting to that server.

Now: Access to fast broadband is becoming more and more widespread in Australia, via services over the nbn™ network.

Many of the major video game companies have also established powerful servers in key locations around Australia to minimise the distance that information has to travel, designed to take the issue of latency out of the equation.

When you join a multiplayer mode, the game will often establish which server is best for you and connect you directly without the need for any intervention on your part.

While many games don’t even distinguish between offline and online, able to connect to the server and the cloud in real-time as you play to keep you as connected as possible.

MMORPGs can even let thousands of players seamlessly occupy the one gaming space at the same time.

On top of this, developers have become more skilled when it comes to designing and implementing special automated features that even out gameplay for everyone, making for a generally smoother experience.

Communicating with other players 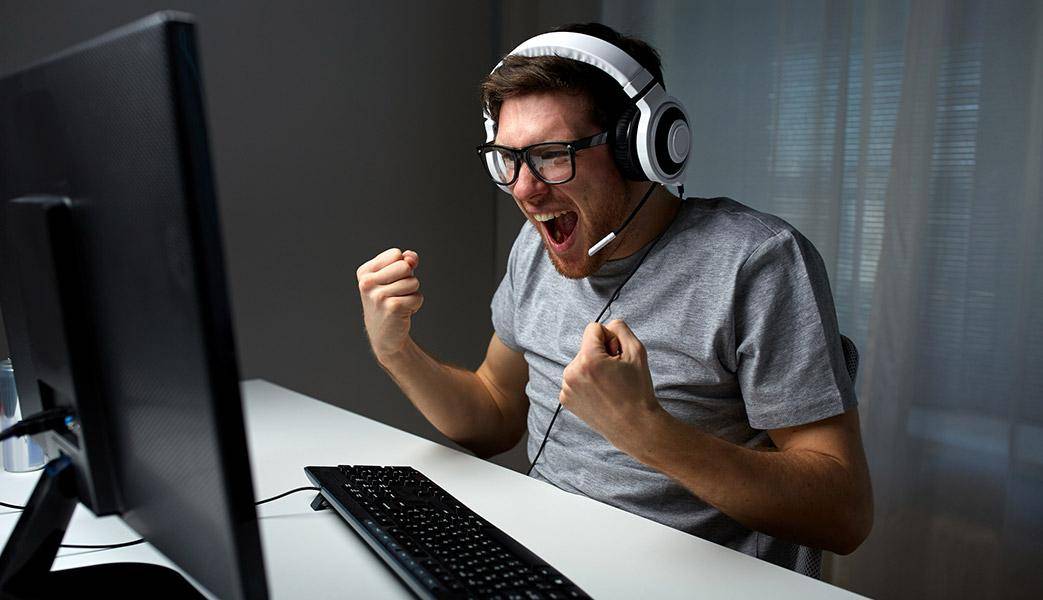 Then: When multiplayer online gaming first became popular, you couldn’t even call your friend on the landline to communicate.

There were no mobiles, and your modem would take up the phone line, so you were left more-or-less isolated.

As the games developed, text communications were possible, which minimised the amount of bandwidth that was taken away from the main gaming experience by your banter.

Some games featured shortcut commands so you could “say” a phrase without having to stop and type.

Now: You can connect with your friends in a virtual world as if they are standing next to you – and in the case of virtual reality, that can be taken literally.

Voice communication has long been possible, but thanks to access to fast broadband, many gamers can play online and video stream at the same time, allowing voice and even face to be part of the action.

If your upload speeds are up to it, you can even have thousands of people around the world watching on as you play. 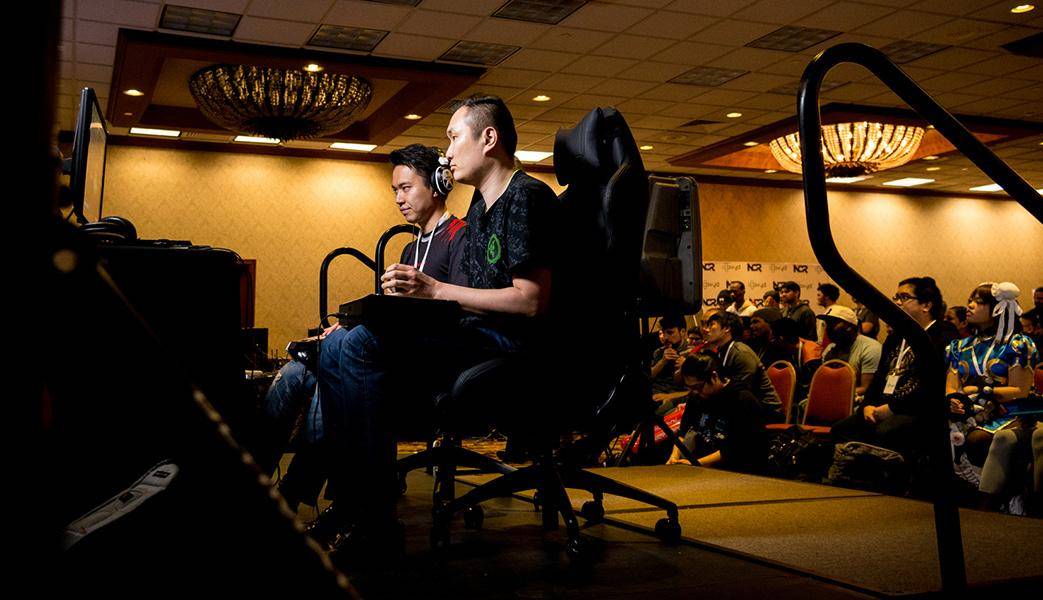 Then: It was extremely unlikely to make any sort of a living from multiplayer gaming when it first began to take off in the nineties.

Some smart entrepreneurs created websites that solved issues like finding the IP addresses of servers, and they were able to make money from advertisers.

A small selection of players got picked up by magazines and gained minor celebrity status, but it was very rare.

Now: The eSports scene has become so massive that tournaments regularly fill out stadiums and are broadcast live on ESPN.

Professional gamers are established in all corners of the globe, and prize money is increasing impressively year after year.

As more Australians gain access to fast broadband, it allows for more people to connect to online gaming tournaments as spectators – thousands of people watching live video streams and listening to professional commentators as events unfold.

This exposure has led to more advertisers, which is providing the financial backbone for many skilled gamers to turn their hobby or passion into a career. 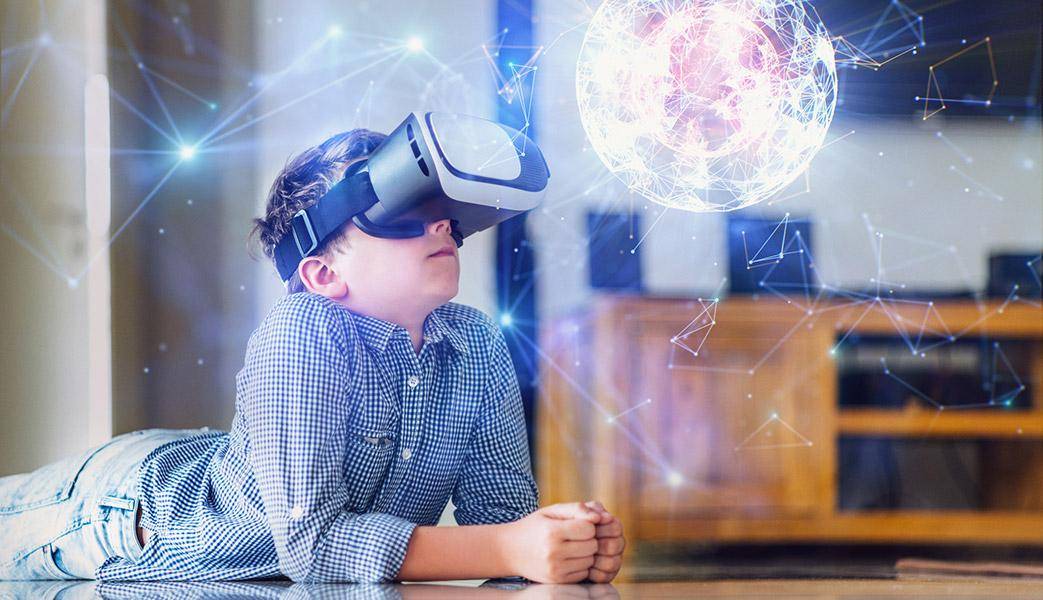 You can expect eSports to be a huge growth area for multiplayer gaming into the future.

The 2016 Dota 2 International tournament alone had a prize pool of US$20 million, while the 2015 League of Legends 'Worlds' tournament had 14 million concurrent spectators at one point!

As for household gaming, VR and even AR are likely to only get bigger, opening up a world of possibilities not only for designers, but also for where and how you game.

Ever wondered how much data gaming uses? We took a look at some popular examples.