Paul Berriman, CTO of the world’s fastest broadband operator Hong Kong Telecom, came to nbn HQ in Sydney to share how HKT got to the top of the global broadband rankings.

Evolution not revolution – that was the key message delivered by Paul Berriman, Chief Technology Officer at the world’s fastest broadband operator Hong Kong Telecom (HKT) when he visited nbn in Sydney on May 28th.

Berriman told the Broadband Roundtable with local media - hosted by nbn - that that it had taken HKT well over a decade to evolve from its legacy ADSL services through to VDSL services delivered by Fibre-to-the-Building (FTTB) before finally moving to 1Gbps and, just recently, 10Gbps Fibre-to-the-Premises (FTTP) services.

Berriman said it was the launch of HD channels on HKT’s NOW TV IPTV service back in 2007 that persuaded the operator to upgrade from ADSL services to faster FTTB delivered VDSL services.

“With the EPL soccer we found that ADSL lines could not deliver HD content, HD took you from needing 6-8Mbps up to needing around 12Mbps and we were really constrained by the ADSL, so we began deploying VDSL to the basement of buildings,” he said. 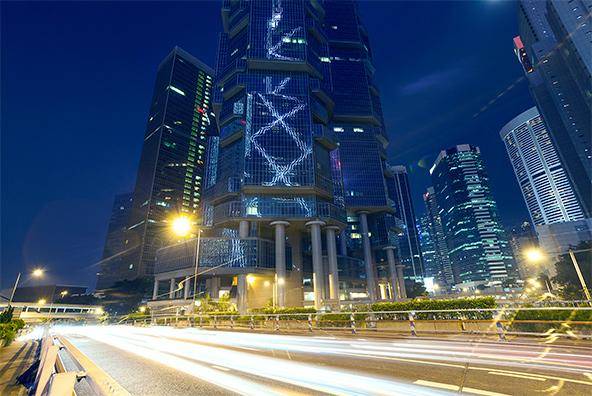 However, Berriman said that even rolling out FTTB services was a challenging task for HKT because of the many physical and administrative challenges involved.

“Even getting fibre into a building can be a real challenge, quite often the existing street ducting has collapsed – so you have to find ways to get the new fibre through that damaged ducting.

“In some cases where you can’t use the existing ducting you might need to completely excavate the roads to put new ducting in and in a very busy place like Hong Kong it can take some time to get the excavation permits to do that.”

Nonetheless, Berriman cautioned that delivering fibre right into a customer’s residence was often hugely problematic and that HKT often has to find alternative solutions.

“Once you get into the building you hit a new set of problems, most of the existing risers tend to be filled up with copper wire so you have to find ways of getting your fibre up the building,” he said.

“The biggest challenge is once you get to the apartment level because very often there has been re-decoration in the lift lobby or in the hallway and the building management have often not left proper access for telecoms wiring in place – this makes things very complex.

“We can even have problems inside the apartment itself, often people have performed extensive home re-decorations whereby they may have plastered over the actual wall-plate where we need to bring the fibre into the home.”

Berriman estimates that HKT will experience significant access problems to around 10% of premises in an apartment block – a factor which forced it to design a new Fibre-to-the-Door (FTTD) solution.

“FTTD is where we deliver the fibre to outside the apartment and use the copper to go the last twenty or thirty feet into the home – this approach means we don’t have to start drilling holes in the apartment to get fibre into the home,” he explains.

Currently HKT uses VDSL over the last stretch of copper but Berriman says the firm may use G.Fast in the future.

Not everyone can get fibre

Even in Hong Kong there are some areas where it is simply not possible to deliver FTTP or FTTB services and so for these non-urban subscribers HKT is delivering up to 100Mbps via VDSL Vectoring – the same technology nbn will use on its Fibre-to-the-Node (FTTN) network.

HKT can deliver VDSL Vectoring to around 130,000 premises with premises located 400 metres or less from the cabinet getting speeds of 100Mbps whilst those subs around 1 kilometre from the cabinet still get speeds of around 30Mbps – with around 94% of rural premises getting access to at least 30Mbps.

“We would love to give fibre to everybody but in some areas it is just not economically viable so we use the existing copper to deliver services,” Berriman says.

“It makes more sense for us to invest this way and give these premises access to new services like IPTV with the extra bandwidth they now have, it’s better to give people access to this than have them waiting years for fibre.”

How much speed do you need?

Berriman says that the next big drivers for broadband speed increases are likely to be the possible mass market arrival of 4K and even 8K content – but says for the time being people do not really need ultra-fast speeds.

“Until we see live linear streaming of content to the home in 4K or 8K then around 30Mbps is more than enough bandwidth for most people to use,” he says.

“There is a real difference between the broadband speed people want and what they actually need.

“You can equate it to people buying a top of the range Mercedes 500 when a less expensive Mercedes 300 would give them exactly the same experience.”