Taking the NBN Co success story to the global stage

The people who work on the nbn™ access network – the digital backbone for the country – have always known they were making a difference.

They were connecting places by pulling fibre over mountain ranges, rolling out fibre under water with new submarine-cable and to places where it had never been before.

They knew what they were doing would touch every single Australian – no matter where they lived or what they did.

While deep down they knew this – they never had the proof. Until now.

The company for the first time has been able to measure the impact of the network on the nation – the way we live, the jobs we do, the opportunities we have.

This month in Berlin, I could talk about the work we are doing on the ground as well as the very real benefits that access to universal high-speed broadband delivers to our country.

At Broadband World Forum, we held the international launch of our Connecting Australia research. It was developed by economics and analytics firm AlphaBeta and 89° East, and I am pretty sure that the research would have given our industry peers food for thought as they travelled back home.

Delivering broadband infrastructure is an expensive business so before investments are made, it helps to have evidence on hand to show governments and regulators that these investments are going to be worthwhile.

The Connecting Australia research shows quite clearly that delivering universal broadband does have an economic and social impact and, more importantly, it shows that the impact is multiplied many times over when you reach the end destination and have everyone connected.

Australia is expected to move from being one of the bottom 10 OECD countries in terms of internet equality to being in the top 10 by the time the rollout is complete, it found. 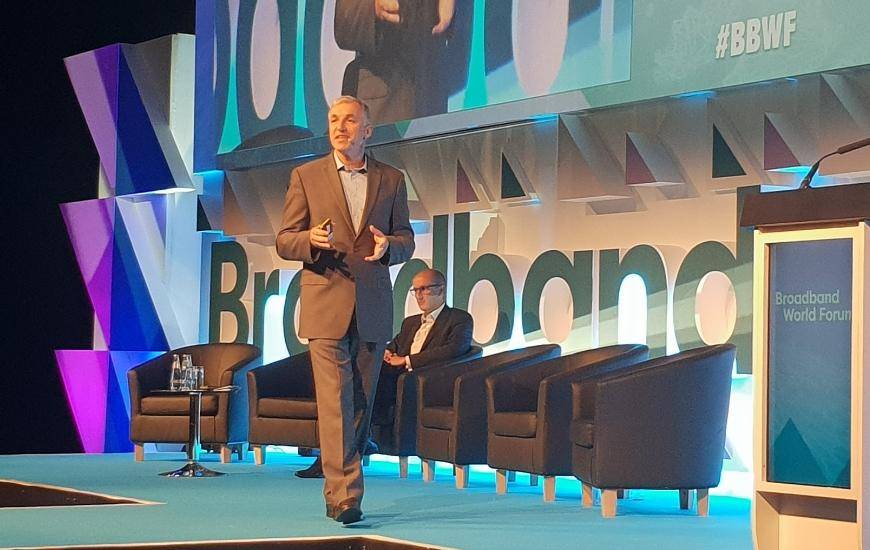 Connecting Australia found that back in 2017, when less than half our eventual 8 million end users were actually on the network, the deployment of the nbn™ access network was already creating additional GDP of AUD$1.2 billion.

However, by 2020 when we have everyone on board the network, Connecting Australia says that we will have additional GDP of at least AUD$10.4 billion and that figure could be as high as AUD$16 billion.

In addition, the research showed that the nbn™ access network deployment had already created around 3,000 jobs across the country and could create as many as 31,000 new jobs by 2021.

These are the kinds of figures that attract attention and may help persuade governments around the world to make investments in high-speed broadband similar to what has been done here in Australia.

One of the biggest challenges facing governments and telecom operators around the world is making sure everyone has access to high-speed broadband as soon and cost effectively as possible.

Australia is on track to meet the challenge of universal broadband access by 2020. Indeed, with 7.4 million homes and businesses across the country Ready to Connect.

Our attendance at the Broadband World Forum always attracts attention. There is no other company doing quite what NBN Co is doing in Australia and our industry peers from around the world always have plenty of questions for us.

As we all know, the nbn™ access network has been the subject of a very lively debate in Australia but ultimately we will have everyone with access to high speed broadband by 2020 – and that is going to be hugely valuable to us as a country both economically and socially.

There are a number of other countries – many of them developed nations – that are working to shrink the digital divide and make sure millions of premises get the benefits of broadband. We are proud of what we are doing to make sure that Australians, regardless of where they live, will have that universal benefit.