Rolling out across the country: Wodonga on the mighty Murray

The nbn™ project | Published on 27 April 2018
Share on Twitter Share on Facebook Share on LinkedIn
As we roll out the nbn™ access network, we’re fortunate to explore the many breathtaking locations that grace our wide and sunburnt land. This week we head to Wodonga, which is now ready for service, to find out what puts it #OnTheMap…

Three hundred kilometres north-east of Melbourne and around 550 klicks south of Sydney, you’ll find Wodonga in Victoria, just shy of the New South Wales border. Nestled on the mighty Murray River alongside its ‘twin city’ of Albury on the opposite bank, Wodonga is a popular stopping point between the two state capitals.

From its prime position on the Hume Highway, Wodonga City Council describes the town as being “ideally situated on the Murray River with surrounding hills, rich agricultural valleys, adjacent wineries and historic towns.”

The perks of connectivity 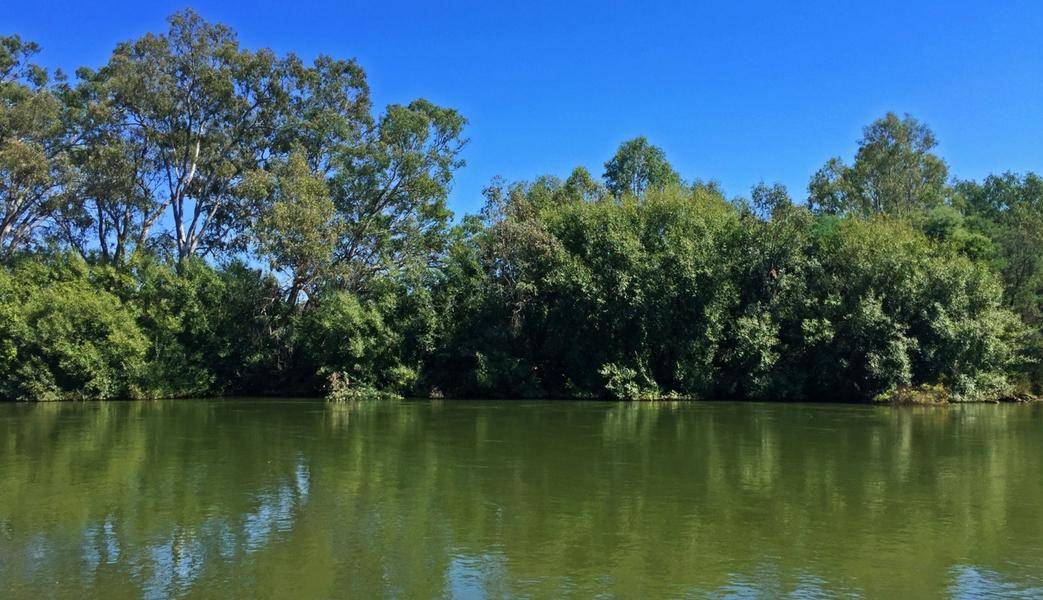 The Murray River, as seen from the banks of Wodonga's 'twin city', Albury.

Wodonga is now ready for service on the nbn™ broadband access network, helping to bring access to fast broadband to the locals. This is just one example of why a recent Ovum report commissioned by NBN Co found us to be leading the world in commitment to rural and regional broadband, alongside our commitment to bring the network to homes and businesses across Australia by 2020.

Signifying bulrushes, ‘Wodonga’ is the original Aboriginal name given to the area by the Traditional Custodians of the land, the Wiradjuri people, with the location serving as an important river crossing and meeting point.

Founded as a customs port in 1852 for the nearby Victorian goldfields, it was the first bridge opening across the Murray River in 1860 – connecting Albury and Wodonga – that put the town on the map and saw it grow.

By 1873, the North Eastern Railway connected the town to Melbourne and, three years later, Wodonga officially became its own shire. By 1906, buses were driving across the border between the twin cities.

Fast forward to the forties and Wodonga played a significant role in Australia’s population shift after World War II, with a migrant camp established at nearby Bonegilla. For 24 years, the camp provided temporary housing for more than 300,000 people, mostly from non-English-speaking European nations. Today, visitors can see some of the accommodation and admin buildings that remain on site at the Bonegilla Migrant Experience centre, which provides insight into migrant life during these post-war years.

Today, with a population approaching 40,000, the residents of Wodonga enjoy all the conveniences of a major city. While the city’s average house prices are significantly cheaper than the larger Albury, continued growth has prompted residential developments in semi-rural locations on the outskirts of town, while units, townhouses and family homes are also in demand.

More than 20 primary and secondary schools are located within the city, with Wodonga also home to a regional campus of Melbourne’s La Trobe University, the Wodonga Institute of TAFE and Albury Wodonga Community College. For those who like to clown around, the town boasts Australia’s only full-time circus school. The Flying Fruit Fly Circus caters for young people from eight to 18 years of age.

Says nbn™ local Manager Victoria, Amy Jaballah: “Located in prime position on the ‘mighty Murray’ and the VIC/NSW border, Wodonga is one of the largest and fastest-growing cities in regional Victoria.

“As it is a popular destination for those looking for a relaxed lifestyle, while still enjoying business success, the rollout of the nbn™ access network has helped homes and businesses to access the benefits of fast internet, such as on-demand entertainment options, access to online learning tools and the ability to work remotely.”*

“Located in prime position on the ‘mighty Murray’ and the VIC/NSW border, Wodonga is one of the largest and fastest-growing cities in regional Victoria. As it is a popular destination for those looking for a relaxed lifestyle, while still enjoying business success, the rollout of the nbn™ access network has helped homes and businesses to access the benefits of fast internet, such as on-demand entertainment options, access to online learning tools and the ability to work remotely.”

And when you’re looking for something to do in your downtime, Wodonga’s also got the goods. More than 80 kilometres of cycling and walking paths provide the perfect opportunity to take in the scenic view along the river, while the city has many parks, gardens and reserves ideal for bushwalking and birdwatching. History buffs will likely enjoy the nation’s largest military museum at Bandiana.

Wine lovers can venture beyond the outskirts of Wodonga to check out the vineyards of Rutherglen, Beechworth, Milawa, Tumbarumba and King Valley. For those interested in regional Victoria’s unique history, the historic sites of Yackandandah and Chiltern are also close by.

There’s no shortage of accommodation options for those passing through Wodonga. A wide selection of restaurants, cafes and taverns are also on hand to greet the weary traveller.

Put simply, today Wodonga is a much-loved cosmopolitan hub that seems a long way from its earlier days as a regional outpost.

View results
*Your experience, including the speeds actually achieved over the nbn™ broadband access network, depends on the technology over which services are delivered to your premises and some factors outside our control (like your equipment quality, software, signal quality, broadband plan and how your service provider designs its network).

Wodonga by the numbers