Almost a year ago today I boarded a plane to Kourou, French Guiana, getting ready – and excited! – to witness the launch of nbn's first bespoke broadband satellite, Sky Muster™ I. 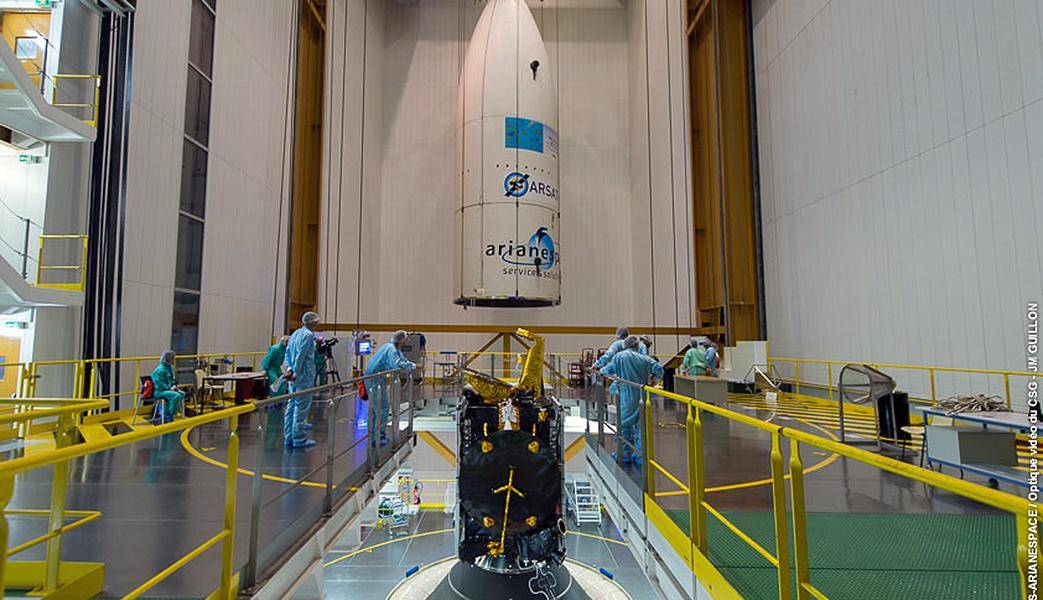 I have worked in the telecommunications industry for more than 15 years, and never dreamed of watching a rocket launch first-hand.

I'm not sure rocket scientists even assume this is a likelihood in their careers.

In fact, there was one with me who, at the age of 68, was seeing his first. That was our chairman Dr Ziggy Switkowski.

The only reason I was in Kourou was because two of Australia's national media outlets recognised the impact that nbn’s satellite would have on our country, and agreed to send along two of their finest.

That…or they were hoping for first hand footage of a rocket explosion... trying not to be cynical.

Mitchell Bingemann, the then-tech editor from The Australian, and James Chessell, Europe correspondent for Fairfax, met me in Paris for the eight-hour journey to Kourou – and an experience of a lifetime.

On arrival, we discovered the journalists were being accommodated in a different hotel to the nbn team... not an issue until launch day, but more on that later. 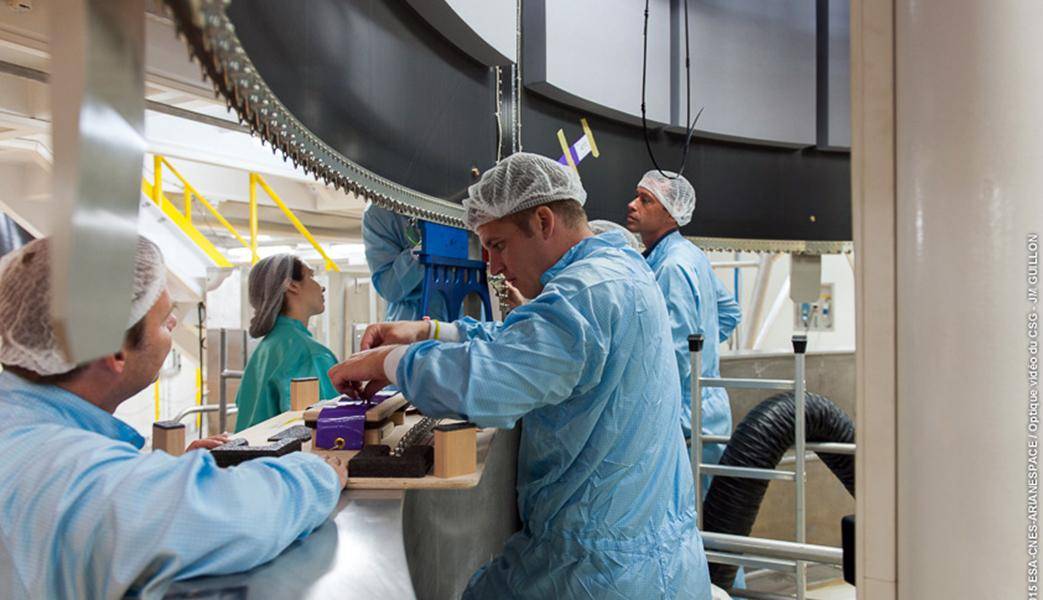 My room number was the same as the rocket's flight number #226 – that had to be a good omen!

We spent our first day in Kourou touring launch facilities with fellow colleagues who had worked on the satellite program for years.

We learned all there was to know about fuelling practices, propulsion chemicals, satellite testing, rocket preparation, cooling of facilities and even about the panic when a bird gets into the launch facility. I'd never previously considered the potential chaos that could be caused by bird poo!

Now, rockets have been launching for years which means spatial technology has played a significant role in our everyday lives, whether we are conscious of it or not.

I doubt, however, that many of us pause to think that our latest HBO fixation might not be possible without satellites and rocket scientists.

And that is my definition of the perfect kind of technology – one that fits seamlessly into our lives, without thought, but with great impact.

Logistics of a launch 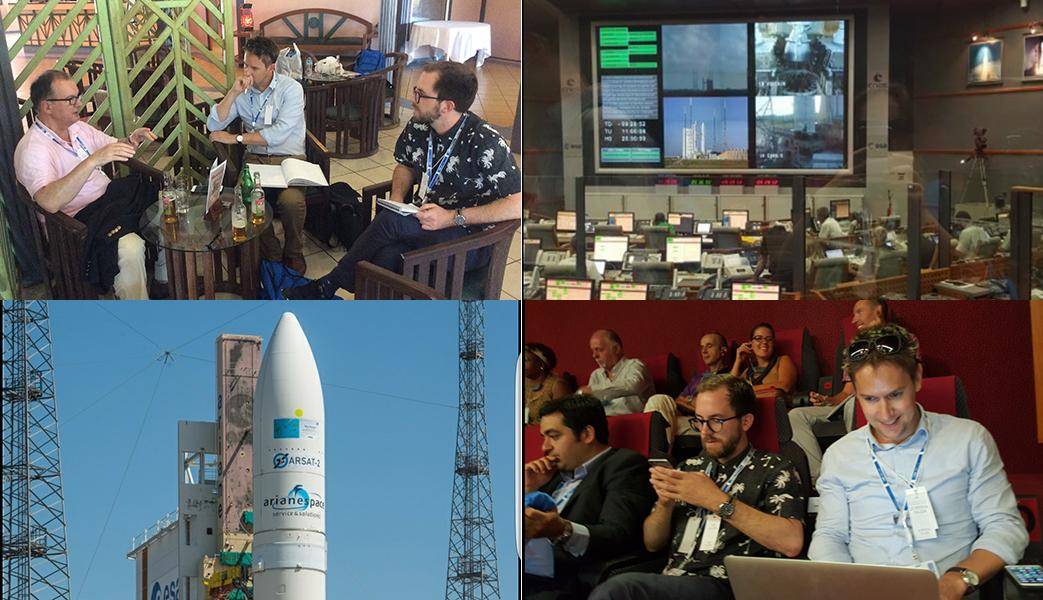 Which brings me to launch day – we were all excited, today was D-Day after all! A culmination of talent and passion over four years in the making.

We had an early morning visit to "Jupiter" – the launch viewing centre – and operation control. Ziggy made his speech to a room full of Argentinian delegates – the launcher would carry two satellites into space and our co-passenger was an Argentinian payTV satellite with the unfortunate name ARSAT.

Ever the diplomat, Ziggy spoke of the impact Sky Muster™ would have on our wide brown land and his pride in the team who had worked so hard over the years to deliver our beautiful satellite.

Ziggy accompanied the journos to our lunch venue while the rest of the team continued on the tour of facilities.

Lunch was in the open-air hotel restaurant where we settled in for a couple of hours of discussion. We covered everything from nbn's strategy and the potential for a fully connected Australia, to Ziggy's thesis on moon rocks and his personal encounter with Stephen Hawking.

By afternoon we were very ready for launch and excitedly made our way onto the bus headed back to Jupiter.

On arrival, I sought out the journos – remember they were coming on a different bus from the other hotel. Then the text arrived "we are still at our hotel... aren't we cutting it fine?"

With 35 minutes to launch, the journos were 20 minutes and a military road block away! It was time to panic. Can you imagine the stories if the media missed the main event?

Long story short, much to my great relief they made it with 10 minutes to spare and joined us on the balcony to hear the countdown and watch our satellite blast its way into space where it moves at 3km per second in line with the Earth's rotation, 36,000km from earth. 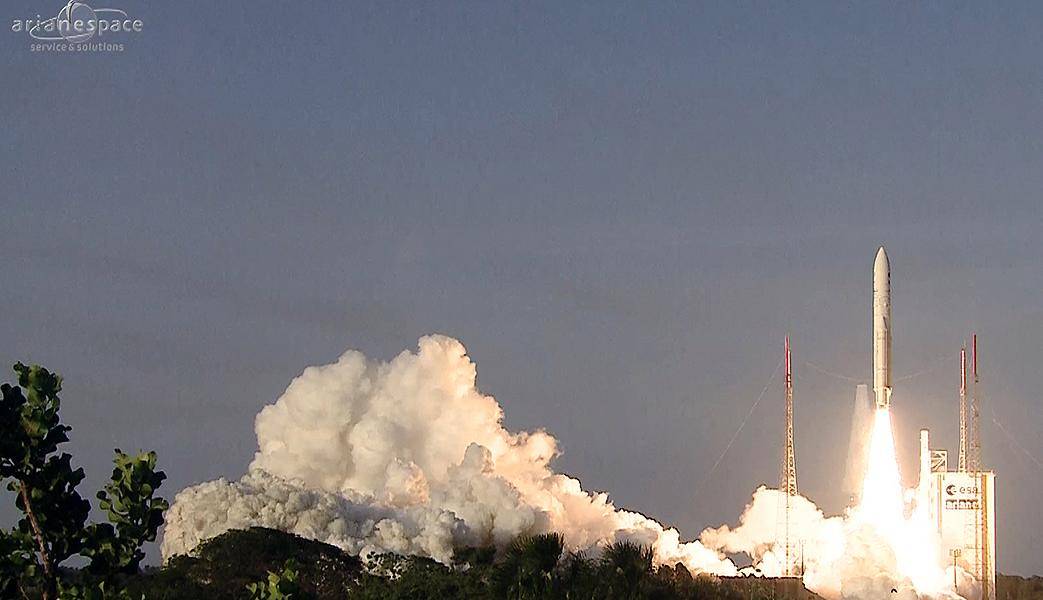 And what a spectacle! The sight, the sound and the heat – it was absolutely the stuff of movies.

The viewing platform was 12km from the launch site and while it looked like a flare at first, the enormity of the rocket as it passed above us at supersonic speed was incredible.

The sound was like none I've heard before, and I've been to some Formula 1 GPs in my time.

There are now more than 25,000 Australians enjoying the benefits of Sky Muster™, many who have not previously had access to fast internet, or in fact any internet at all.

nbn's delivery partners are making the journey around our sparsely populated country to install 1,000 rooftop dishes every week in some of the remotest parts of our country.

Retailers are right behind them signing up new customers and opening the door to a new world of education, health, entertainment and connectivity. The McIntosh family's digital excursion to the Great Barrier Reef is just one such example.

In six days, we will witness the launch of Australia's own second purpose-built broadband satellite, Sky Muster™ II and the excitement is mounting.

While I won't be there this time around to hear the crackle first hand, thanks to technology, I'll be watching and reliving every second.