What the nbn™ satellite will do for remote Australia

Many Australians outside big cities or regional centres have usually struggled with internet communications – but that will change when nbn™ satellite launches services in 2016.

Many regional and remote Australians are getting more and more excited about the launch of our Sky Muster satellite.

After all, their long-held dream of affordable access to high quality broadband is very close to becoming a reality.

However, after so long with access to limited broadband services, we can well understand that some folks have questions about the new nbn™ satellite service and are sceptical about what the platform will ultimately be able to deliver when services launch in mid-2016 .

We want to make it quite clear that we intend the nbn™ satellite service to deliver the best access to satellite broadband services that has ever been experienced by regional and remote Australians*. 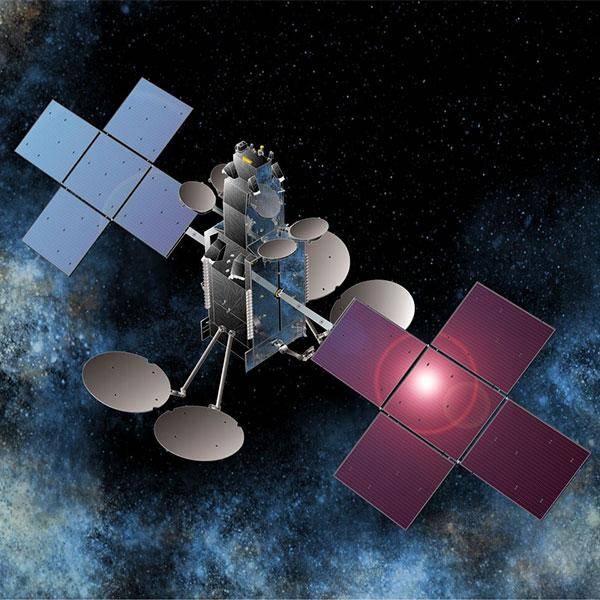 An artist's impression of the Sky Muster satellite.

It may be slightly different in some ways to fixed line broadband services offered over the nbn™ network but it will still deliver a fantastic service.

Not your father’s satellite broadband

The first thing to bear in mind when thinking about the nbn™ satellite service is that this is radically different to any other satellite broadband service that has ever been delivered in Australia.

We are launching two new dedicated broadband satellites that are expected to deliver up to a combined 135Gbps of capacity (the current Interim Satellite Service has less than 4Gbps of capacity)  right across Australia - from Christmas Island across to Lord Howe Island.

These satellites are designed to deliver wholesale download speeds of up to 25Mbps – around five times what people are able to access on the ISS.

The wholesale upload speeds are expected to be up to 5Mbps - equivalent to the wholesale speeds being taken by around 80 per cent of current nbn™ subscribers through their preferred service providers across other nbn™ network technologies.

The satellite: Putting a product together

A fair go for all Aussies

On any of our fixed line broadband technologies, we can install extra capacity relatively easily – but once our satellites have launched, we cannot add any capacity to them. The only way we can get more capacity would be to build and launch another satellite - and that takes about five years!

nbn™ satellite will continue to have a Fair Usage Policy in place designed to make sure that all end-users get a fair go with their service, especially at peak-usage times.

Indeed, preserving valuable and finite resources – most obviously water – and ensuring a fair distribution of them  is something that is very familiar to regional and remote Australians.

To that end, we expect that our Retail Service Providers will offer a range of nbn™ satellite plans for end-users that will range from entry-level packages right through to packages with much larger data allowances to cater for heavier broadband users.

Whilst some important details of these plans are yet to be finalised for service launch, we expect them to be a significant step-up from the ISS.

As we have already seen with the huge success of services over our fixed-wireless network, amazing things can happen once you provide affordable and high quality connectivity to people who have previously been starved of it.

We expect great things are going to happen once we launch services over the nbn™ satellite through our Retail Services Providers.

That could be by allowing primary producers and other businesses to operate their business more efficiently by using new cloud-based software and also helping them to find new global markets for their products or services.

It could also be by allowing more efficient delivery of education services to remote students or facilitating the delivery of specialist healthcare services to areas with few medical facilities – or it may even be in ways we don’t even know of yet!

What we do know is that we expect the launch of services over the nbn™ satellite to be a turning point for regional and remote Australians... and we can’t wait to see the results.

*Your experience including the speeds actually achieved over the nbn™ network depends on the technology over which services are delivered to your premises and some factors outside our control like your equipment quality, software, broadband plans and how your service provider designs its network.

Who can use this satellite technology?
The new nbn™ satellite service is designed for homes and businesses in rural and remote Australia that fall outside the fixed line and fixed wireless areas.

How does it work?
The new satellites are designed to transmit internet data to satellite dishes on residential and business premises.

What speed is the new nbn™ satellite service designed to offer internet service providers?
The wholesale speed options that will be available to internet service providers via the new satellite service are 12Mbps download with a 1Mbps upload, or 25Mbps download with a 5Mbps upload. The 25Mbps (wholesale) download option is designed to revolutionise fast broadband for rural and remote Australians.1

When will the new nbn™ satellite services be available?
nbn is expected to launch new commercial satellite services during the first half of 2016 after testing and trials of the satellites has been completed. Internet service providers should then be able to sell these services to homes and businesses.

To connect to the nbn™ network, homes and businesses will need to contact an internet service provider and order a suitable plan.

How much will it cost homes, businesses and farms to use?
Internet service providers will set the prices for the services available. nbn sets prices at the wholesale level and the uniform national wholesale price of $24 a month is the same for the basic 12Mbps service across fixed line/wireless/satellite.

However, satellite capacity is a finite resource, meaning that internet service providers need to manage the download limits available to customers via the pricing and terms of the plans they offer.

The timeline and process for migration for other satellite service users is currently being developed by nbn.

Households outside of the fixed line and fixed wireless areas, including new users and households provided for under the Australian Broadband Guarantee (ABG), will similarly have access to the new satellite service subject to the same timeline and migration planning constraints.

Meet Bailey, a six-year-old girl from outback Australia who shares a very special connection with the Sky Muster.