Skip to main content
Related Articles
Bringing the heart of Australia to the world Reconciliation in action: our commitment and journey Returning First Peoples artefacts to their rightful place

Why have just one successful business when you can have six?

While it may not have been the future Dion Devow predicted for himself when starting out in business, it’s certainly become his inspiring reality.

“When I started almost a decade ago, there weren't very many Aboriginal people in business that I could go and talk to, run things by or even just meet,” says Dion.

“That was really hard as I had no idea; I didn't know anything about business. It was really lonely trying to find my way.”

Dion believes that connectivity through fast broadband, such as via services over the nbn™ access network, is particularly important to First People communities around Australia.

In the ten years since, despite these challenges, Dion has managed to carve out an impressive business path – the kind that inspires budding entrepreneurs, including fellow First People, to follow his lead.

In this new blog series, we meet First People entrepreneurs – like Dion – and shine a spotlight on their connected businesses. 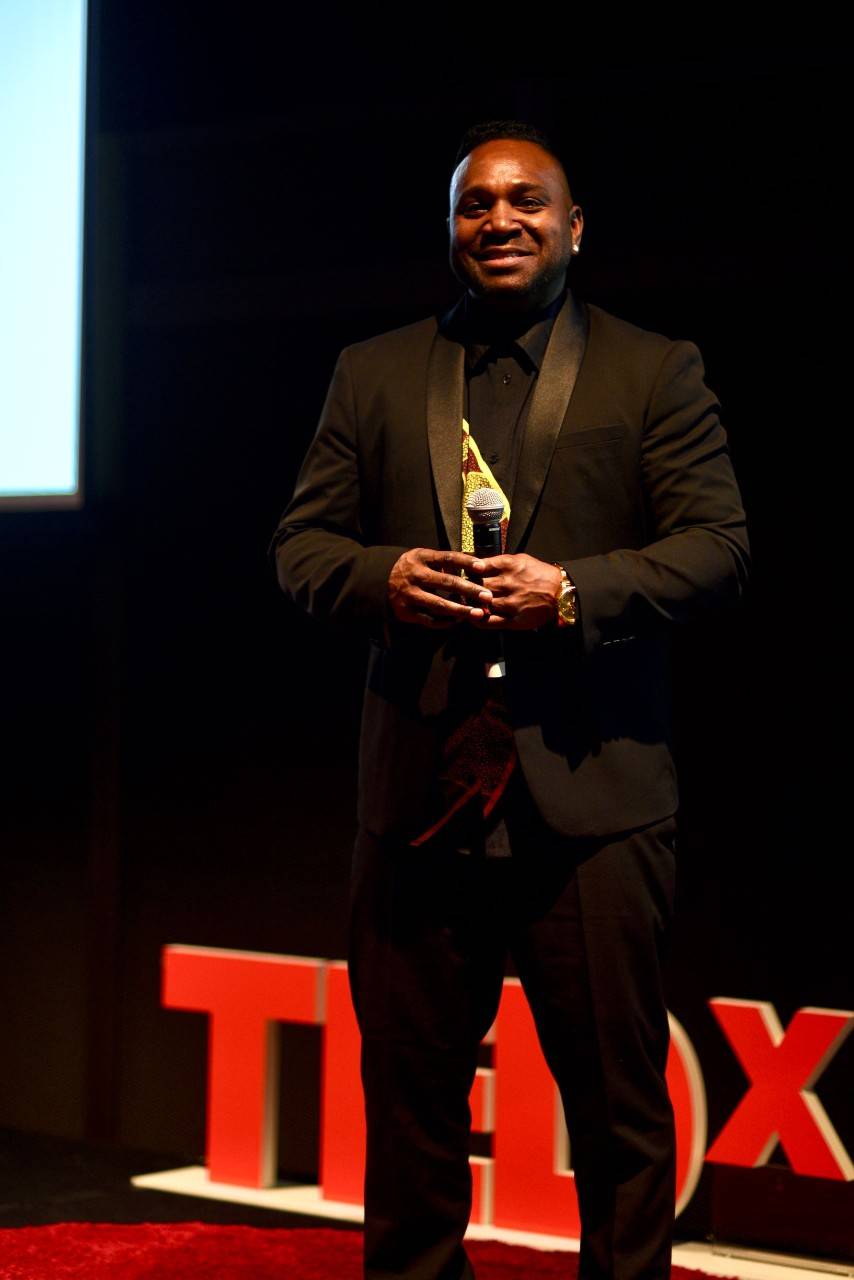 These days, it almost goes without saying that fast broadband plays an important role in business.

Whether a sole trader or micro business, right through to national and global companies, connectivity is a vital – and expected – tool.

With the nbn™ access network nearing its 2020 rollout completion date, very soon, all eligible premises in Australia will have access to fast broadband.*

And, already, the results are telling.

Growth in entrepreneurs – those taking control of their working lives and starting new businesses – is skyrocketing.

According to research from Connecting Australia (commissioned by NBN Co), more than 77,000 additional new businesses are expected by 2021, attributable to the nbn™ access network.

Whether Dion contributes to this new business number remains to be seen – although, with his track record, it wouldn’t be surprising if he did…

For Dion, it all started with Darkies Design, a business that promotes and shares Aboriginal culture through art, language and design on different types of apparel.

It's a business he still owns outright today, and where he wears his heart on his sleeve – literally.

“I created it [Darkies Design] in 2010 and, at that time, there wasn't really many indigenous clothing labels around. Maybe two or three in the whole country. I was looking for some nice designs and images to wear, but those companies didn't really have anything I liked. So, I came up with my own clothes.”

Working with a graphic artist, Dion came up with around 20 designs.

“I sold them to friends and family, and built a basic website so I could sell them online. That gave me a bit of a national platform and presence. Darkies Design really resonated a lot with people around the country and even other countries.” 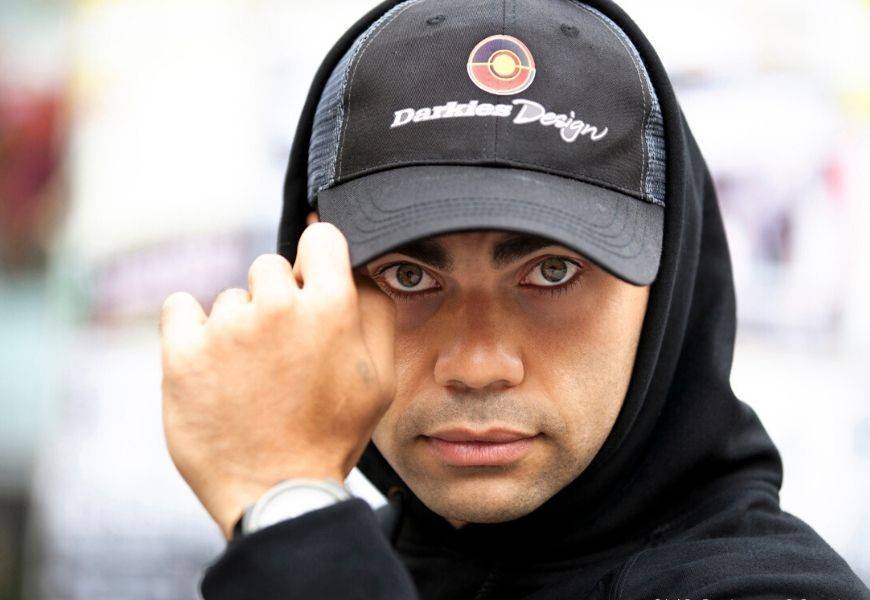 With the fledgling brand proving popular, Dion had surprised himself.

“It was a shock because I was kind of just doing it for myself and my friends and families. Obviously, it was filling a need, a gap. There was a gap in the market, and it sort of progressed from there.”

Originally from Darwin, Dion has lived in Canberra for the last 25 years, where he runs Darkies Design and his five other business interests: Yerra, Jingili Group, Supply Aus, Indigimation and Téa and Belle (his 13-year-old daughter’s business).

“On the Aboriginal side, my people are called Manbarra. And, on the Torres Strait side, I'm from an island called Darnley.”

Dion believes that connectivity through fast broadband, such as via services over the nbn™ access network, is particularly important to First People communities around Australia.

“One of the good things about [the] nbn™ [access network] is that it may be the way Aboriginal people living in remote communities can start a business without having to leave their communities. If they're going to create their own businesses, then maybe they can be online businesses.

“Having the ability to be able to connect with the world, without having to leave your community is huge. They can have a national and an international profile, connection and footprint through [the] nbn™ [access network]. Being connected just makes life so much easier.”

“One of the good things about [the] nbn™ [access network] is that it may be the way Aboriginal people living in remote communities can start a business without having to leave their communities."

When asked if he could go back to running a business without fast broadband, it’s not something Dion would entertain.

“It just slows down things straightaway. It impacts your ability to compete with other businesses. It encroaches on your time because you must travel as opposed to just being able to send an email. It's really quite debilitating not having [the] nbn™ [access network].^

“We're so technology driven and motivated now, and [the] nbn™ [access network] is such a part of everyday life, I wonder what we did before it!”

While Dion shows no signs of slowing down with his current businesses (and, perhaps, exploring new ventures), it’s clear where his passion lies: inspiring and helping other First People to find similar success and belief in themselves.

“I was an Aboriginal health worker for 15 years,” says Dion.

“I’ve always, in some way, worked at a community level with grassroots and community development. So, my passion has always been about helping people, and bringing black and white people together.”

Now, supported by the connectivity offered by fast broadband, Dion is actively bringing together communities to provide the help and companionship he couldn’t find when he started in business.

“I created this community of entrepreneurs called the Canberra Business Yarning Circle. We put on workshops and explore what they're struggling with: just talk about things. Then we can bring experts in to help them develop their skills. Whether it's accounting, or digital marketing, or answering questions like, ‘What is a joint venture?’

“There’s just a whole range of different things indigenous entrepreneurs might be experiencing. So, I try to match them up with professionals within the business sector."

And what keeps Dion going?

“Seeing other people succeed. I do a lot of speaking at schools with kids about their careers, for example. Telling them that they can achieve whatever they want. That's what inspires me. The fact that people look at me and go, ‘If he can do it, then I can do it as well.’”

Yet, if you ask Dion what his biggest achievement has been so far, he doesn’t point to his ACT Australian of the Year award, to Darkies Designs, or his other businesses. Instead, he looks to his daughters.

“The biggest thing for me is seeing my daughters, my children, being exposed to business and developing into ‘kidpreneurs’.

“My daughter Téa, who's 13, has been identified as one of the top female entrepreneurs in the country and has a business called Téa and Belle. It's an online Australian shopping store with products that have an indigenous twist.”

And then there’s his youngest daughter, who – at just 11-years-old – has a coffee cart. 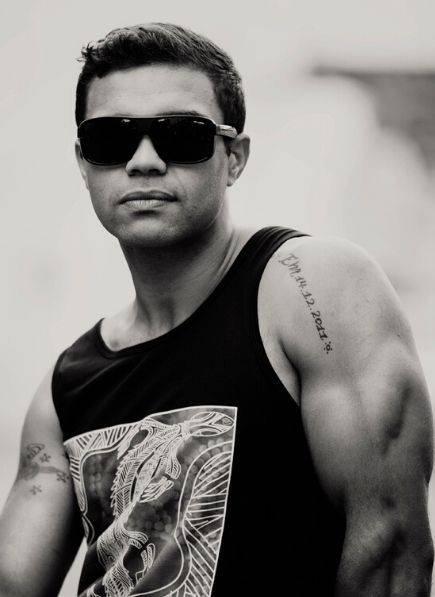 Darkies Design Tribal Wear Singlet. Image: Juzz Photography
“That's probably been my highlight; seeing my children pick up the reins and want to be in business for themselves at such a young age.” 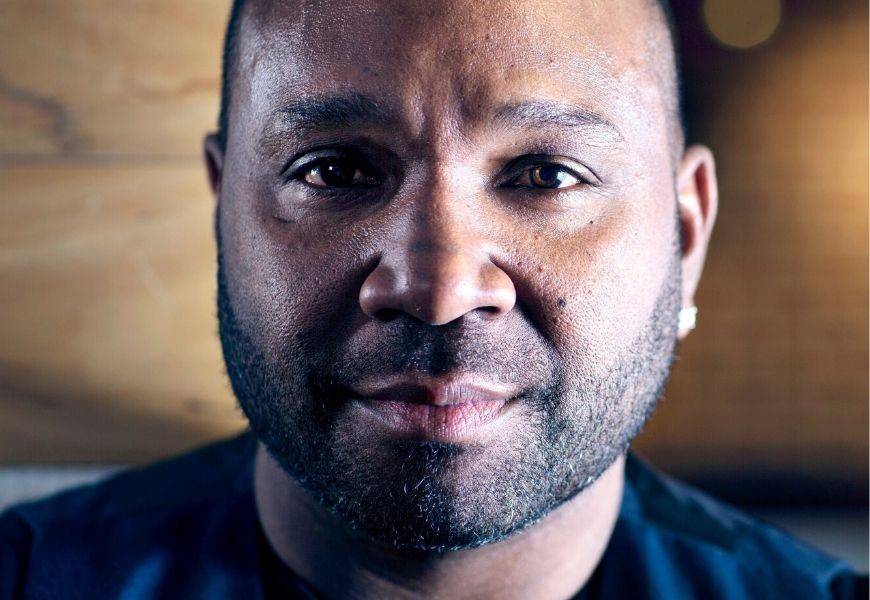 What is it? ‘The original indigenous clothing and promotional company’, Darkies Design uses Aboriginal and Torres Strait Islander art, language, themes and humour across its apparel product range, which includes street, sporting and corporate wear. It also produces printed products including brochures, books and stationery.

What is it? A Ngunnawal word meaning to fly or soar, Yerra offers business consulting, IT services and recruitment, and commits a portion of its profits to Indigenous causes.

What is it? Jingili Group offers a wide range of commercial and industrial services including industrial and construction cleaning, waste management services and labour hire.

What is it? Indigimation specialises in automation, artificial intelligence and change management, and creates employment pathways for Indigenous Australians.

What is it? Indigenous supply specialists, Supply Aus is a 100 per cent Indigenous-owned supplier of office, safety and workwear products.

What is it? An Indigenous giftware brand for all Australians, Téa and Belle designs its products so it can ‘share culture, stories and language across the main Indigenous Nations’.

This video is produced by the Academy of Enterprising Girls.

Dedicated to connecting our communities and helping lift the digital capability of Australia, our vision for reconciliation is to see our work enhance and encourage meaningful engagement, understanding and connection between Aboriginal and Torres Strait Islander communities and broader Australian society.

Discover how connectivity is helping to take Aboriginal artwork to the world.
* NBN Co’s build completion commitment is that all standard installation premises in Australia are able to connect to the nbn™ access network as at the build completion date. This excludes premises in future new developments which will be an ongoing activity for NBN Co beyond the build completion date. It also excludes a small proportion of premises defined as ‘complex connections’ – which includes properties that are difficult to access, culturally significant areas and heritage sites – where connection depends on factors outside of NBN Co’s control such as permission from traditional owners, and where network construction to allow such premises to connect will be an ongoing activity of NBN Co beyond the build completion date.
^ nbn is very happy with Dion’s experience with the nbn™ broadband access network. Of course, end customer experiences may vary. An end customer’s experience, including the speeds actually achieved over the nbn™ broadband access network, depends on the nbn™ access network technology and configuration over which services are delivered to their premises, whether they are using the internet during the busy period, and some factors outside of nbn’s control (like their equipment quality, software, chosen broadband plan, signal reception, or how their provider designs its network). Speeds may also be impacted by the number of concurrent users on the nbn™ Fixed Wireless network, including during busy periods. Sky Muster™ satellite end customers may also experience latency.